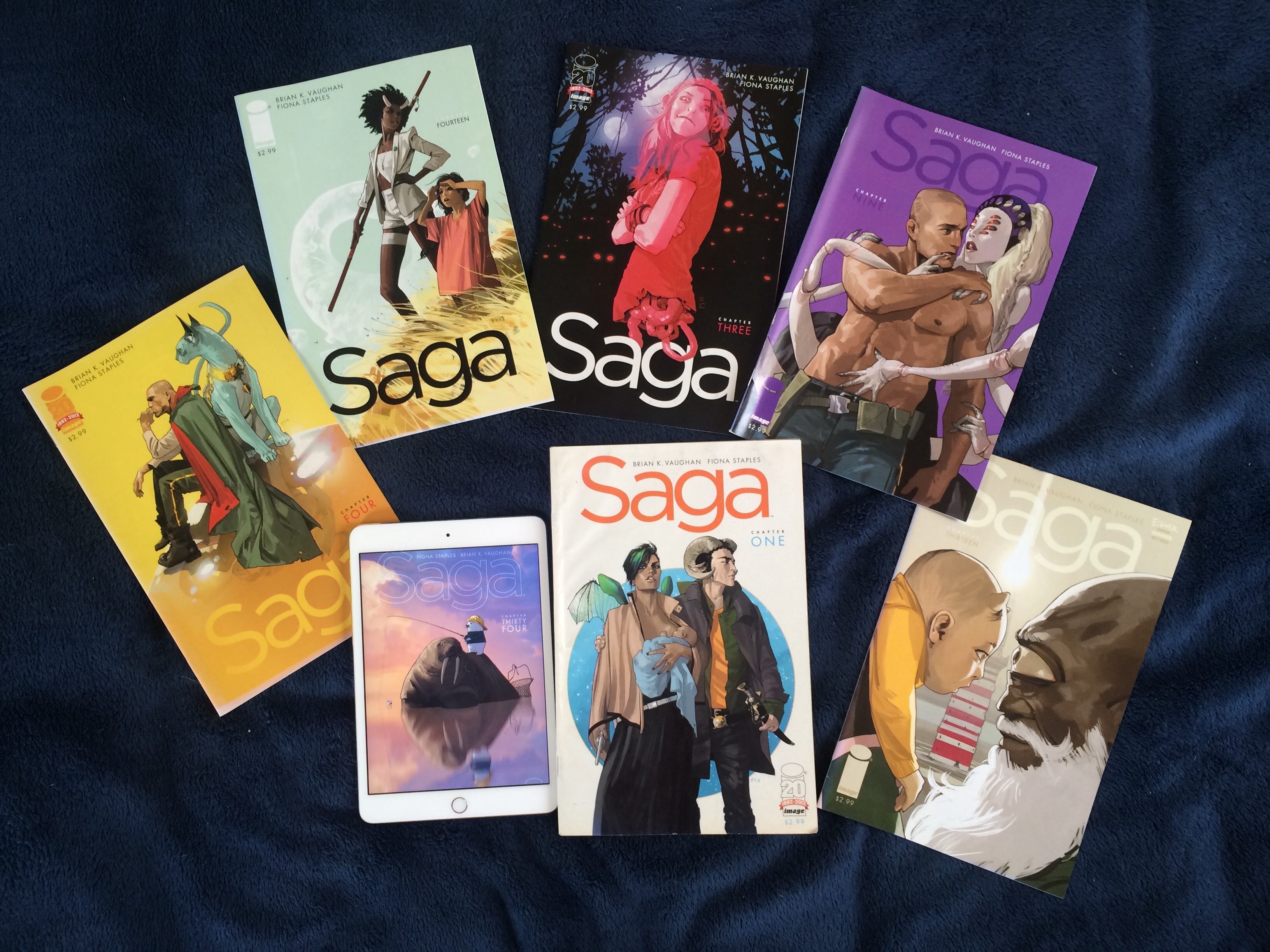 I had heard only good things from this series, but didn’t even try to read it until recently. I don’t know why I waited so long, but I loved it so much.

You really learn what you are getting into right from the very first page which starts with Alana giving birth in some hilarious, but graphic detail. Alana and Marko are married creatures on opposites sides of a war that their people have been fighting for years. They now have a child, the first of its kind, and are on the run from people that don’t like their kid existing (and they are also a bit pissed off that they are together too).

The two main characters are fantastic, but the secondary characters are great too. I loved Lying Cat, which isn’t a sidekick for one character, but a valuable partner that makes me laugh each time she calls someone on a lie. I hate spiders, but I actually liked the character of The Stalk. Some characters I was not fond of right away, but then grew to like them because they were complicated. There were aspects of things to like and dislike about them, making them fully realized characters, which I appreciate. 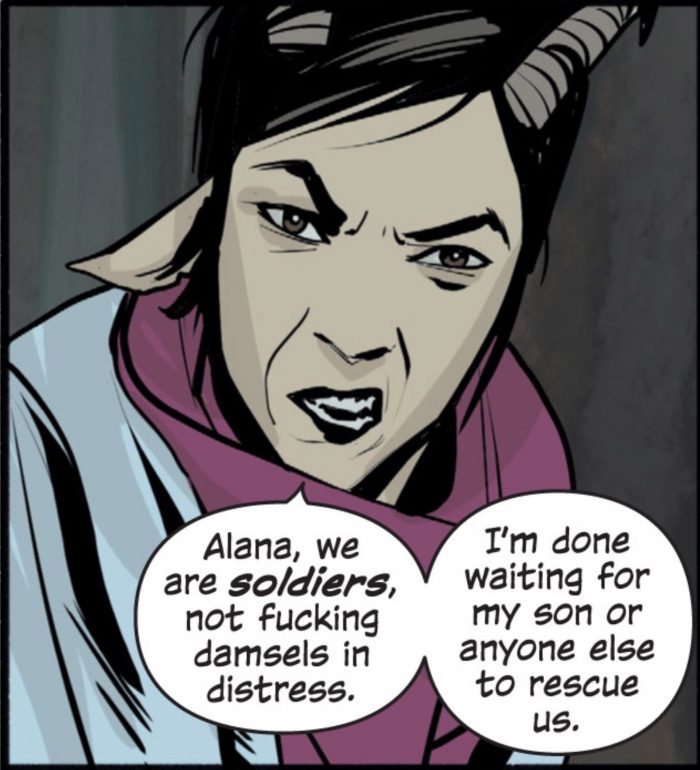 One thing that became apparent while reading this is it is filled with bad-ass women. They get shit done, which I loved. It doesn’t diminish the men in the story, but everyone can hold their own in a fight. And there is a lot of fighting. The backstory is a war so that is raging on throughout the storylines, along with smaller fights happening during the main characters various adventures. 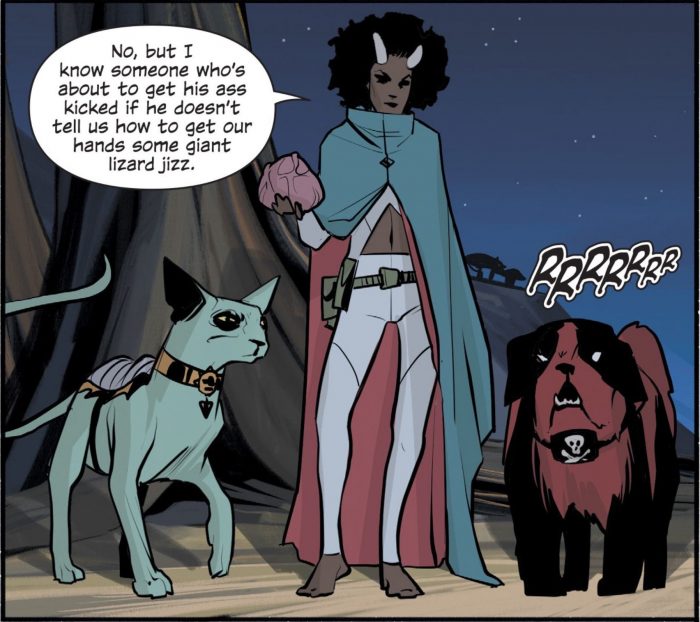 I give credit not only to Brian K. Vaughn for writing such interesting characters, but also to Fiona Staples for her awesome artwork. One of my bad habits when reading comics is skimming past the artwork to read the captions, but I did not have that problem with Saga. I loved looking at the artwork. I found all of it fascinating. There were some very graphic and disgusting images that made me laugh out loud in shock and then I could not stop staring at them. I would love to share them here, but they should really be enjoyed while reading it because I would not want to take any of that away from anyone.

Not all images are disgusting though. There are some pretty cute and fierce creatures that make me wonder if Fiona drew them in the background and people loved them so much that Brian decided to create storylines for them like Ghüs the seal riding a walrus up above. He’s adorable.

I think some of my favorite parts of the series is how real it can be about relationships. The newly married couple run into some problems. It’s hard to read, but it is so realistic. You are rooting for everything to work out in the end, and when something good happens, something unexpected happens at the same time. I tore through the first six volumes (36 issues) in 12 days because this science fiction tale is an excellent mix of humor, pathos, and thrill-seeking adventure that makes you not want to stop reading.

I’m sad that I caught up to the end and now I have to wait each month for another new issue to come out.