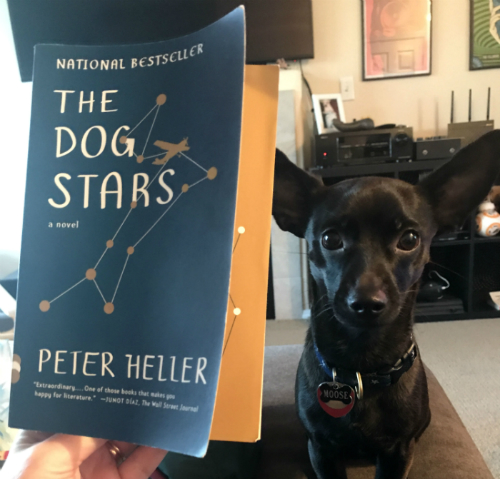 Funny how you can live a whole life waiting and not know it. Waiting for your real life to begin. Maybe the most real thing the end. To realize that when it’s too late.

For a post-apocalyptic story, the main protagonist, Hig is pretty light-hearted. He did lose his wife in a superflu that wiped out most of the planet but he still has his dog. He’s a pilot that has been living on an airfield with a gun nut Bangley who is of the opinion that anyone that comes into their space is an enemy and should be shot. Hig doesn’t agree but knows that Bangley has kept him alive for nine years so he doesn’t really argue. He likes to go with the flow until one day he can’t anymore. He needs to see what else is out there and takes his plane as far as it can fly.

The first half of the book was setting up the background and I wish that part would have been shorter. I had to force myself to get past it because it was starting to get repetitive. Heller also spends a long time describing all the nature around him.

After Hig is triggered to actually do something, the book becomes interesting but then I felt the plot was so rushed in the last half. Maybe if more time wasn’t spent on background and nature descriptions or he could have written more since the book isn’t very long.
I also had a hard time with the lack of quotations. Sometimes I couldn’t tell who was talking or if Hig was talking to himself out loud or just thinking. I had to reread passages to figure it out which really stops the flow when reading.