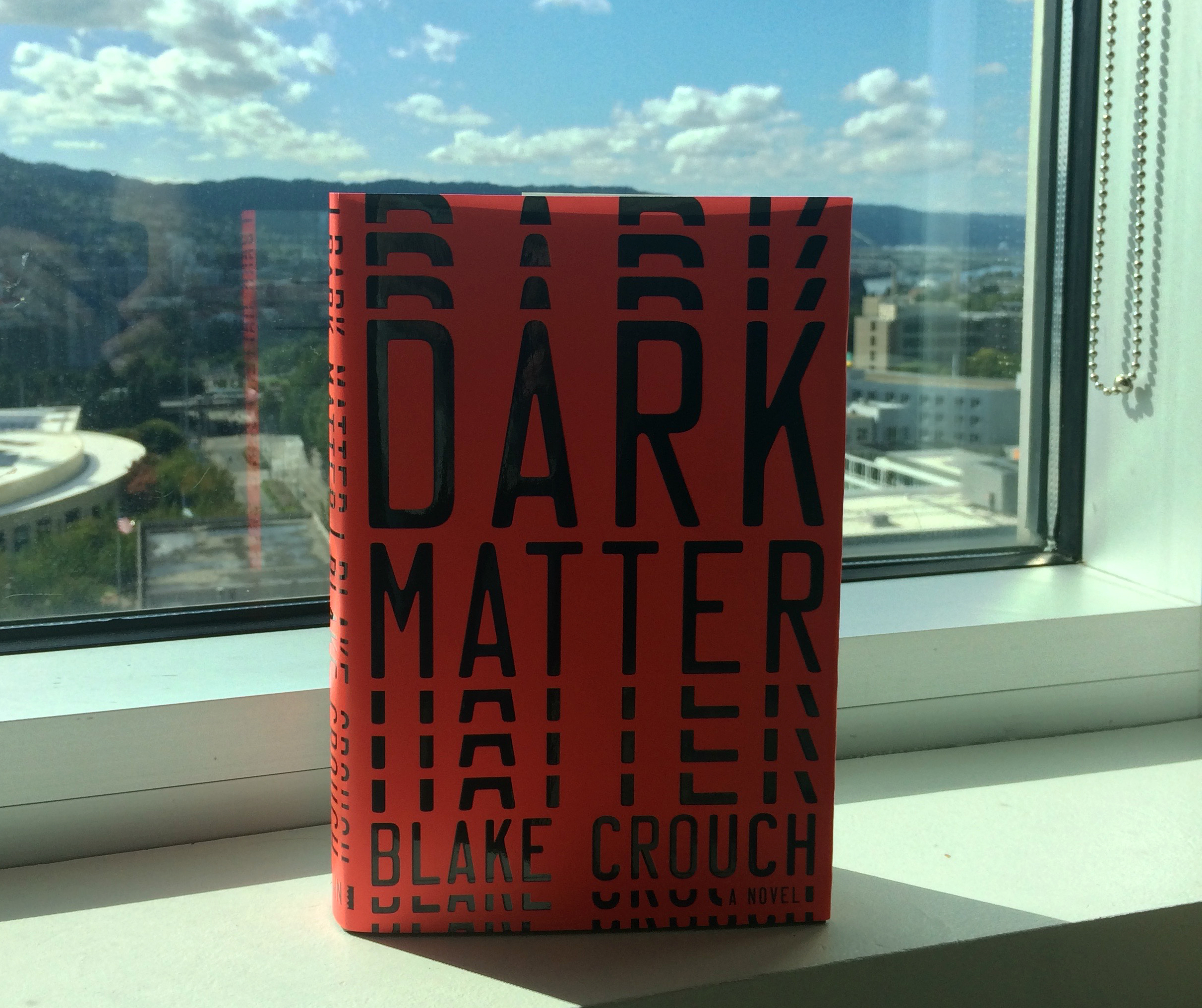 He says, “Every moment, every breath, contains a choice. But life is imperfect. We make the wrong choices. So we end up living in a state of perpetual regret, and is there anything worse? I built something that could actually eradicate regret. Let you find worlds where you made the right choice.” Daniela says, “Life doesn’t work that way. You live with your choices and learn. You don’t cheat the system.”

Jason thinks he is happy with his life, even though he did not become rich and famous by dedicating his life to his scientific research, but instead chose to get married and have a son. One night, he is kidnapped and when he wakes up, he finds that his world has changed. He isn’t married and has no son, but seems to have achieved everything he would have without them in his life.

Dark Matter is all plot with not much character development, but the plot is quite a doozy that makes you want to keep reading. Some of the science behind it made my head spin, especially the last act twist that I did not see coming. Even after it was explained twice, I still didn’t fully understand it, but went with it anyway.

The writing style is very similar to Chuck Palahniuk with very short sentences and paragraphs, but it does help with driving the story forward.

I loved the idea behind this book, which reminded me of the show “Sliders”, but then it went off in another unexpected direction. At the end of the second act, I was about to give up on reading since it was becoming incredibly depressing, but it finally gave way to the third act with a crazy twist. I would love to see this as a movie. It would be so much fun to watch on screen.