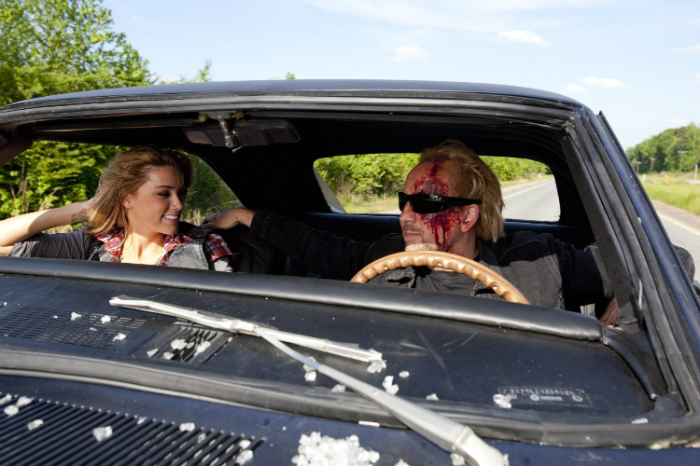 I started listening to a podcast called How Did This Get Made? about big budget movies gone wrong hosted by Paul Scheer, Jason Mantzoukas and June Diane Raphael. It started in 2010 but I only discovered it a couple months ago. I have been listening to episodes after watching the bad movies that they are watching. So far I have seen: Burlesque, Season of the Witch, Old Dogs, The Last Airbender, Demolition Man, Crocodile Dundee in Los Angeles, Junior, Xanadu, and Maximum Overdrive (which fit in nicely with my Stephen King Project). Some of those movies I love, like Xanadu, even though I do recognize it is not a good movie. That podcast did lead me to Drive Angry, which I found highly entertaining, even though it made no sense. I needed it as a palate cleanser after watching the snoozefest of The Last Airbender. 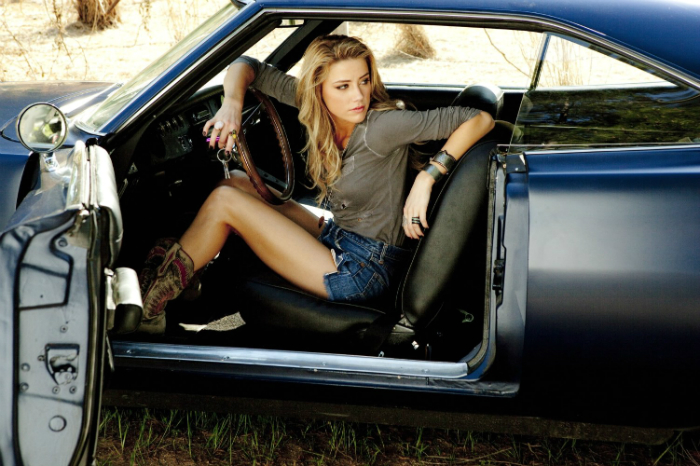 You know a movie is going to be awesome, when it starts out with the main character breaking out of hell in a muscle car before causing a bunch of explosions. That man would be Nicolas Cage, who can be an excellent actor when he wants to, but it seems like he doesn’t really want to these days. Instead, he wants to make these crazy movies. His character’s name is Milton. I’m not sure why he is dead and why he is in hell. I might have missed that explanation, but he breaks out of hell to get back at the cult leader that killed his daughter and stole his granddaughter.

William Fitchner plays an accountant of hell that is trying to drag Milton back the entire time. His character is very odd, but in a good way. Along the way, Milton comes across Amber Heard and brings her along for the ride. There isn’t much to her character and it is unclear why she goes along with Milton, but she is pretty.

I immediately expected this to be a movie where some old dude hooks up with the young, hot chick, but that isn’t the case, which I found refreshing! Milton seems to have a fondness for waitresses that are more age-appropriate for him, which is good because every waitress he comes across in this movie seems ready to drop her panties at the sight of him. This caused me massive confusion since I kept looking at old Nic Cage and wondering what these ladies saw in him. That didn’t much matter though because the second waitress he comes across leads to the craziest sex scene I have ever seen. While having sex in his hotel room with a waitress, he has a cigar in his mouth and a bottle of Jack Daniels in one hand, when a bunch of bad guys break in to try to kill him. Don’t worry since he has a gun in his other hand to shoot back. Does any of this carnage stop him from sexing the nice lady? No. He continues the act while moving around the room shooting and still holding the Jack Daniels and keeping the cigar in his mouth. I feel this movie must be seen for that scene alone.

Finally, for a movie called Drive Angry, no one was really ever driving angry. There were times that they were driving, but it seemed more like a road trip or being chased by cops and/or hell accountants.