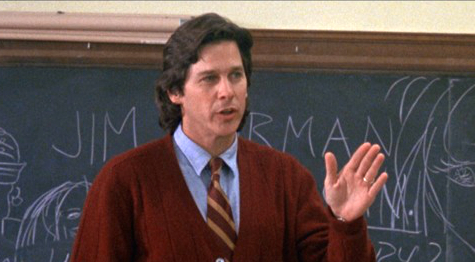 Sometimes They Come Back

As a TV movie, Sometimes They Come Back can’t rely too much on blood and guts, but that could still work for this story. The short story it is based on is about a man who moves back to his hometown with his wife, but is haunted by the death of his older brother that happened when he was a kid, along with the four teenagers that caused that death. When he starts his teaching job, kids in his classroom start dying off and the ones that get transferred in from a nearby school look exactly like those teenagers from twenty years ago. Most of the horror of the story does not come from grossness, but at an unease at thinking that either the main character is losing it or there are ghosts coming back to haunt him. It doesn’t seem ideal either way.

Unfortunately, the movie is corny. All the teenagers look like they are in their thirties. The guy that was Robert Downey, Jr.’s best friend in Weird Science barely looked like he belongs in high school in that movie that was in the 1980s and this movie came out even later. He can’t pass as a teenager! When the flashbacks take place of the super old “teenagers” harassing what looks like a 11-year-old kid for lunch money, it comes across as grown men shaking a kid down for a quarter. It’s messed up.

The old teenagers weren’t the only thing that took me away from the story. It was also how all the flashbacks with his brother are done in soft-light and slow motion. That’s where the corny took over. It wouldn’t be so bad if it happened once, but it felt like half the movie was a flashback.

Now, I can’t even remember how this movie ended except it was nowhere close to the super creepy ending of the short story. I remember the movie version being sappy but I am not going to watch it again to try to remember. I had to actually go back to the short story because it veered away from it so much, I thought I might have remembered it wrong.