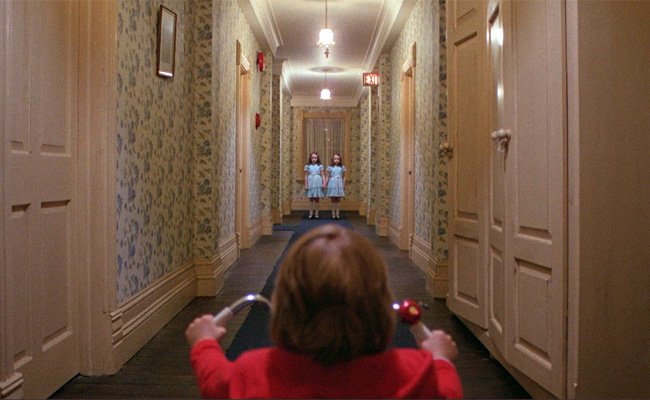 I’ve seen this movie many times. I love this movie. It still scares me. I watched it immediately after first reading The Shining in high school and then many times after that. I learned later on that Stephen King was not a fan of the movie, which confused me since I thought it was pretty faithful adaptation. I knew the ending was a bit different,  there was now a labyrinth in place of hedge animals, and the two dead girls that were only briefly mentioned in the book have a bigger presence in the movie. I thought it kept the spirit of it, but as I read the book again, I agreed with King’s complaints. I’ll continue to love the movie, but I understand why he was not pleased with it. 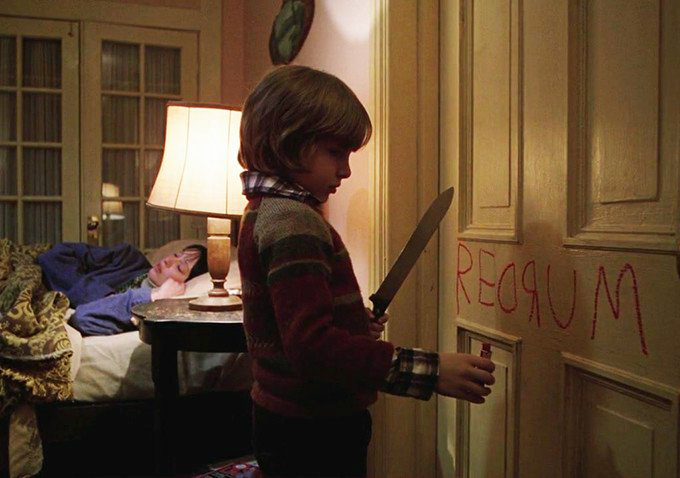 King’s complaint was when Jack Nicholson was cast, he was so famous for his role in One Flew Over the Cuckoo’s Nest, people would associate him with being crazy and would assume his character in this movie was already that way. When the movie begins, Nicholson already appears like he’s about to go off his rocker. There is not a big leap between the beginning of the movie and when he starts talking to a bartender that isn’t really there.

In the book, Jack Torrance is a guy with a former drinking problem and a current anger management problem, who wants to be a good husband and father, while struggling to provide for his family due to his past drinking and anger issues. The hotel is pretty haunted and it latches onto his insecurities to make him do what it wants while really trying to go after his son, Danny, who has the special psychic gift. In the movie, it appears that while Danny still has the same special gift, his father is having his own separate story of experiencing an extreme case of cabin fever.

Even with understanding the complaints and realizing that the movie does miss a lot of the main points that King was trying to make with his story, I still love this movie. Each time I watch it, I dread watching Danny zip around on his Big Wheel on that god awful ugly carpet because I know one of those turns will end up looking at those girls. Every time, Jack steps into Room 237, I do not want to see what that woman looks like in the mirror. I cringe when Dick Halloran tries to come back to save Danny since he knows something is terribly wrong. And if I ever come across any red elevator doors, I will take the stairs.

This movie is scary. Kubrick knows how to scare and does it so well. I will continue to watch this movie again and again, but I will love it for different reasons than the book.