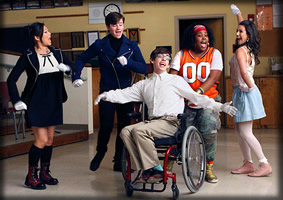 Glee is not really something that I would be interested in, but I had heard so many good things about it, I thought I’d check it out. I still not convinced it is something that I would watch, but I did enjoy the singing more than I thought I would. Some of it was a bit too corny, while other parts were hilarious, especially Jessalyn Gilsig’s character as the main character’s whiny wife. I loved the bit about her talking about their puzzle night. I think if the music remains as catchy, I might watch it. I was trying to figure out why I did like the singing parts and then I realized that this show is a grown up version of Kids, Inc. and I loved that show growing up. I wonder if Fergie will make a guest appearance. 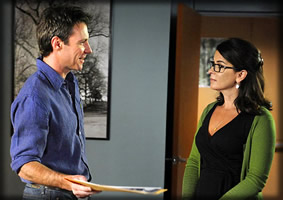 I heard nothing about this show premiering until the day it was on. I can see why after watching it. It starts where this “rogue” psychiatrist is so smart and “out there” that he strips down to nothing to bond with a unstable naked patient that was threatening an entire waiting room in a hospital. I almost turned it off there, not because of the nakedness, but because it was so stupid. I finished watching it where this doctor won over everyone in the hospital with his unorthodox methods. It was predictable and lame. I am unsure why money was spent to make it.