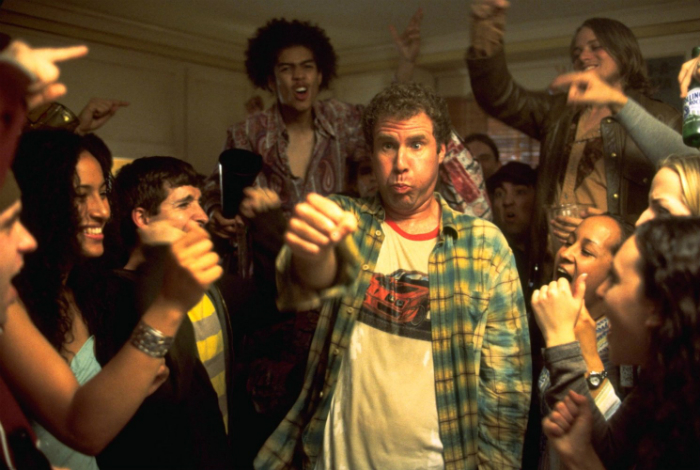 Three guys in their late twenties and early thirties decide that they need to relive their youth by making a fraternity. Hijinks ensue.

Vince Vaughn used to be cute but he’s just gets creepier with each role. He’s an odd duck. Luke Wilson tries to be funny and he’s okay, but he just doesn’t have the comic timing of his brother. Will Ferrell was hilarious. He was the best part of the movie. It is worth seeing it just for him.

This movie getting funnier each time I see it. I have seen parts of it again here and there whenever it is on cable. As soon as they are at the kid’s birthday party, I just start giggling. I can’t wait for the slow motion tranquilizer shot and giving the poor kid a breadmaker for a present.