A writer tries to adapt a book into a movie and writes himself into the script. Directed by Spike Jonze (Being John Malkovich).

It is written by the same guy that wrote Being John Malcovich and both were directed by the same guy too. The screenwriter was actually hired to adapt Susan Orlean’s book The Orchid Thief, but he was having trouble doing it. He wanted to get away from the weird stuff of his last movie and do something different for him, but he was completely stuck. What he ends up doing is writing himself into the screenplay and movie. Not only that, he also invents a twin brother up too. This is never revealed in the movie and his “brother” does have screenwriting credits, but Charlie Kaufman does not have a twin brother. 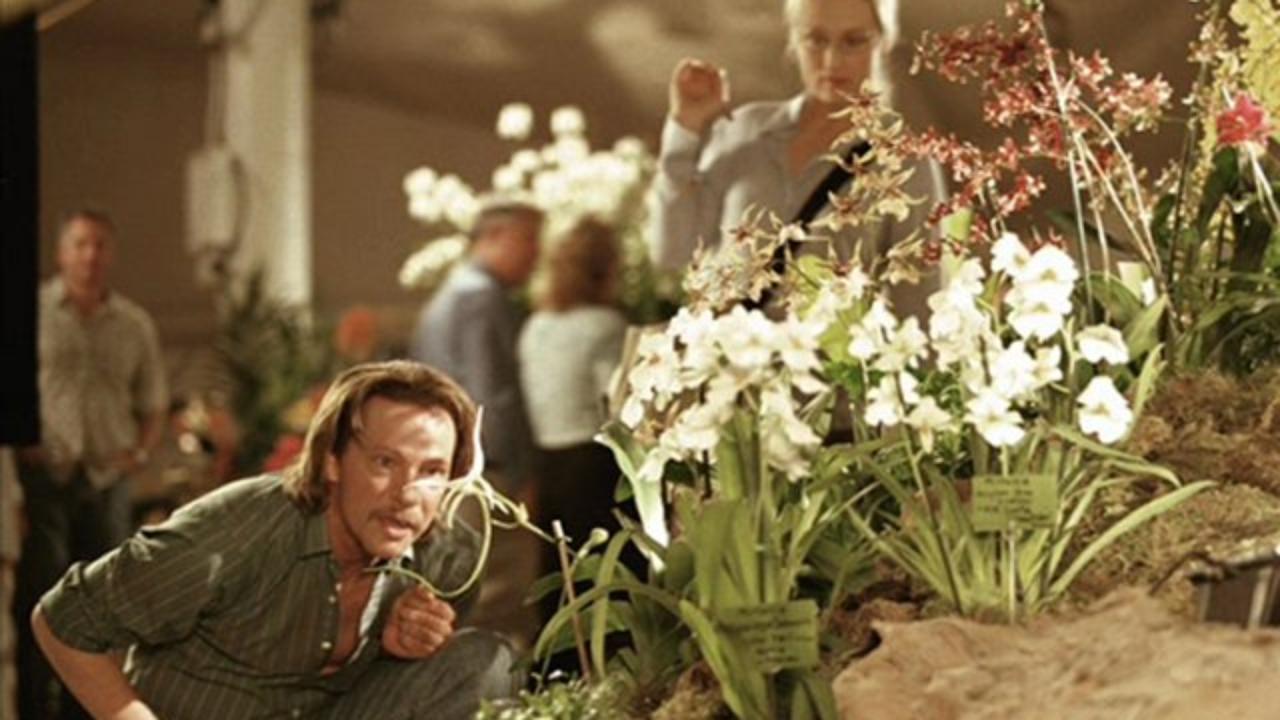 Nicholas Cage plays both brothers and he is great. He should have been nominated for best actor I think. The two brothers are so different from one another, but you don’t even have to wait for one of them to talk before knowing which brother it is. Even though they look exactly the same and he’s playing both, he has these subtle differences with each one that you just know.