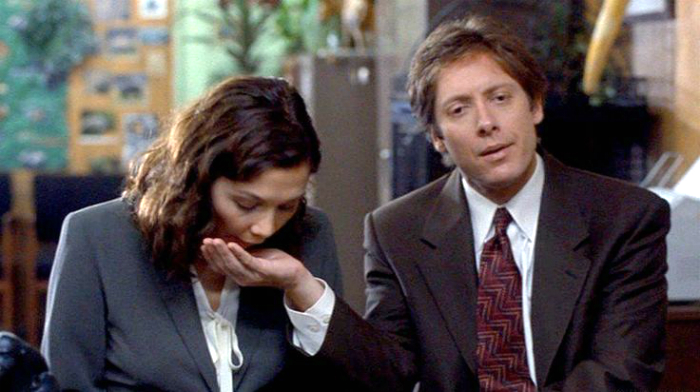 Days after being released from a mental institution, a young woman starts her new life as a secretary including some kinky sex with her boss.

This is a very twisted love story about a lawyer and his secretary. Lee is released from a mental institution and goes out to find her first job ever. James Spader plays her odd boss. It’s ultimately a S&M love story. Fun for the whole family! 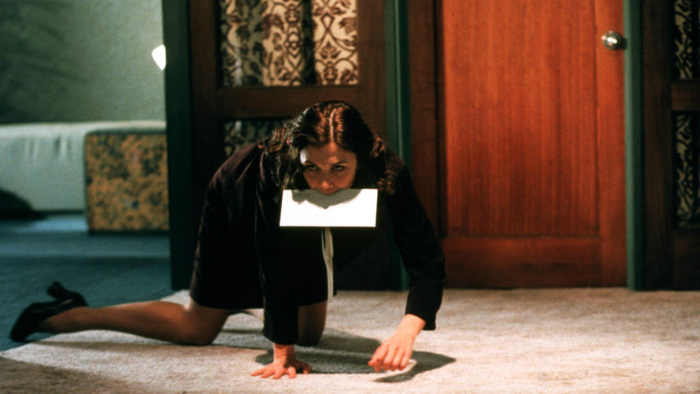 This movie was great. They are both odd, but you like them anyway. I don’t know if everyone would think this was a great movie, but I enjoyed watching it. You really feel for the characters and look at them more than just freaks. It never felt degrading to either character, especially since Lee becomes more confident the further the relationship develops.