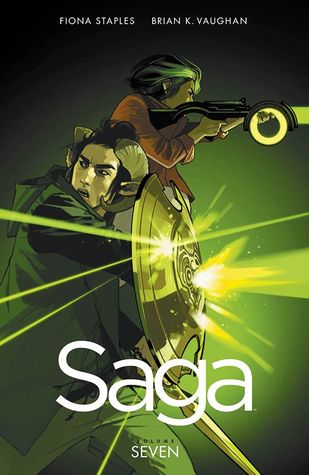 If a chain is only as strong as its weakest link, then a family is more like a rope. We’re lots of fragile little strands, and we survive by becoming hopelessly intertwined with each other.

I read the issues that are contained in this volume and story arc as they came out individually, but the story ended so bleakly that I didn’t know what to think. I knew I wanted to reread it all again, but I think I wasn’t ready to reach the same ending so I kept putting it off. Even though I knew what would happen, I still delayed reading the issues until I received my notification that issue #43 (and what will be the beginning of Volume 8) was released. In order for me to move forward, I had to reread issues #37-42.

It was a lot funnier than I remembered. 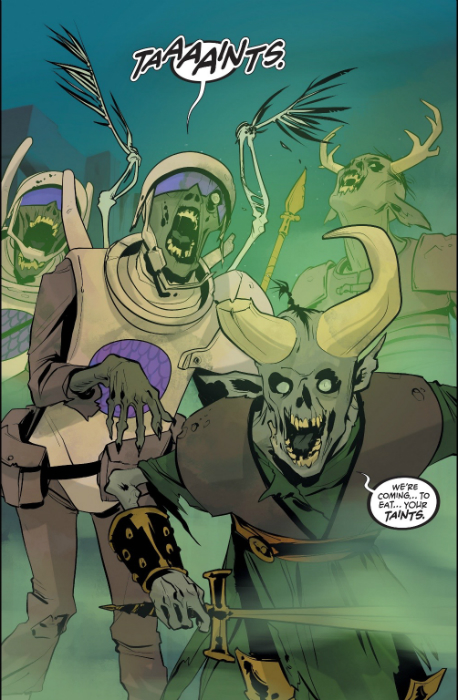 Previous volumes have been very funny, but I had forgotten that since I knew how it would all end. I do love Izabel so it was good seeing her, even when Hazel was being bratty towards her. 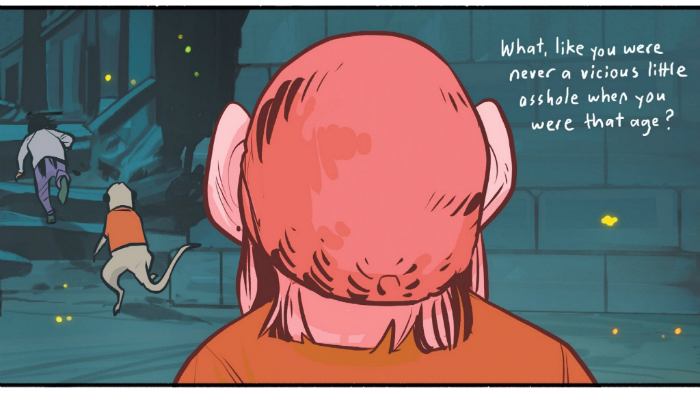 Most of the time they are on Phang, it felt like they were killing time. I did enjoy the messed up thoughts that were going on with King Robot, especially in regards to Alana. I find him fascinating. It wasn’t King Robot, but on a side robot note, I chuckled at what the robots look like when they die. 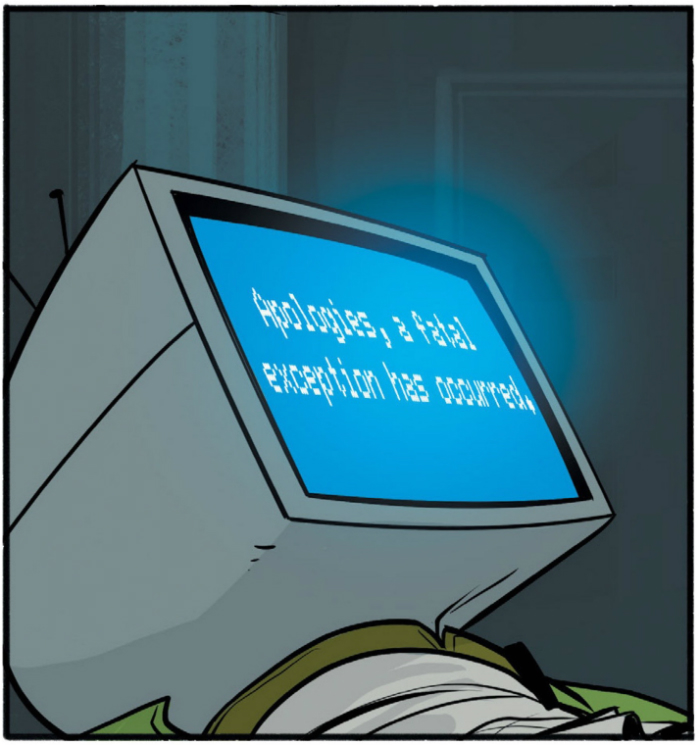 There were little things I enjoyed here and there, but there didn’t seem to be a lot going on. I didn’t even touch on what was going on with The Will, Gwendolyn and Sophie. They all seem stuck in a holding pattern for the moment and I’m guessing we will get more from them in later issues. Everything did seem to be headed for the crazy timesuck thing. 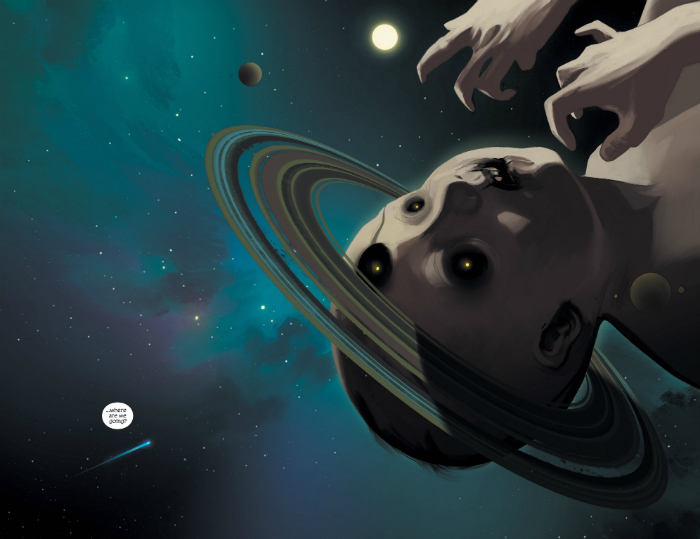 As I mentioned, the ending is bleak. The last few pages matched the bleakness that followed with no letter column in the very last issue. It gutted me when I read it months ago, but now I am ready to move onto the next issue.

Before I wrap this up, I do want to call out my favorite cover in the individual issues. Fiona Staples artwork is fabulous. I love this.