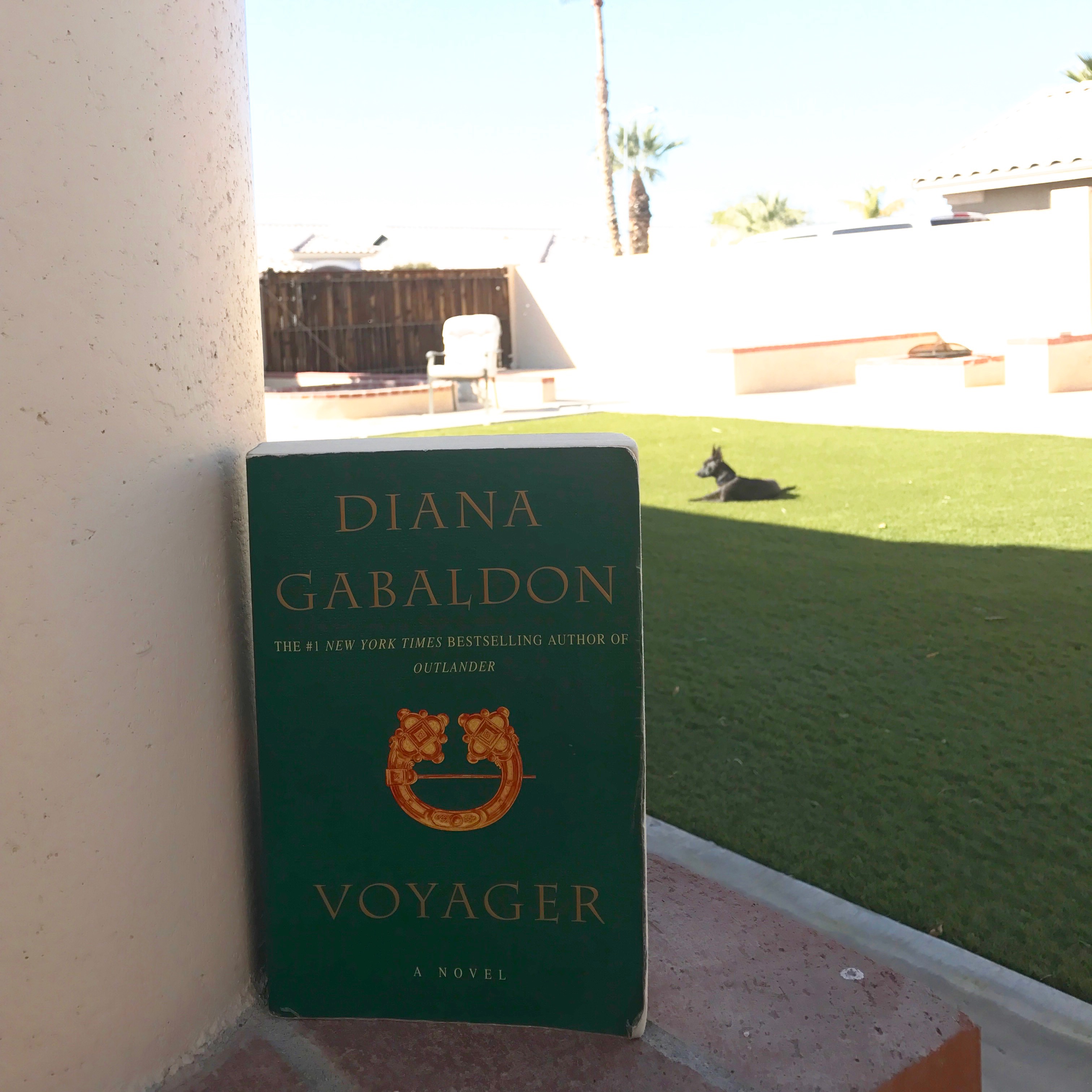 ‘Once you’ve chosen a man, don’t try to change him’, I wrote with more confidence. ‘It can’t be done. More important-don’t let him try to change you.’

Twenty years after Claire went back to her own time, thinking Jamie was dead in the Battle of Culloden, she finds evidence that he might have survived. She needs to decide if she wants to go back in time to find him, which would mean leaving their eighteen-year-old daughter behind.

Voyager could have used some more editing. I really enjoyed the first part where it goes into what happened with Claire and Jamie over the past 20 years and how she gets back to him. I liked reading about them reconnecting and getting to know each other all over again. Meeting Lord John Grey was interesting and I can see how he became a spin-off character.

I became very angry at the entire plot involving Geneva. It could have been written in a slightly different way to keep the intention while losing the raping aspect of it.

Then came the long voyage to the Caribbean and everything came to a screeching halt. I felt like we were meant to feel as readers that we had lost our sense of time like those making a long voyage. Everything was drawn out. I felt like one chapter could have been spent on getting to the Caribbean instead of a good portion of the book. I almost gave up reading multiple times but stuck with it.

When they finally arrive, there is suddenly a story again! So much is happening and I tore through the end of it as quickly as I could.

The book would have been so much stronger without so much time spent at sea doing nothing. I also think it could have been stronger without some extra subplots including the random murder plotline involving Mr. Willoughby and the preacher guy. It really felt like it was added to have some kind of reveal at the end, but it didn’t add anything to the story. Give me more crazy Geillis storylines and I’ll be happy.