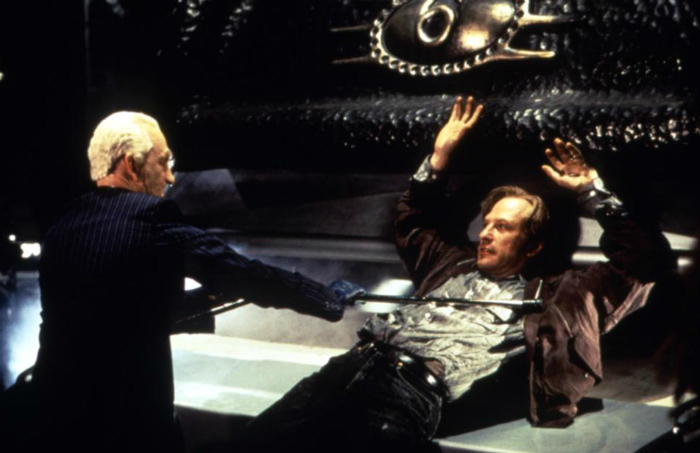 Some stories are never going to translate well into film. The short story that The Mangler is based on is about an industrial-sized steam-and-press machine at a huge laundry business that becomes possessed by some demon and starts eating people. Reading the story, it is pretty creepy, but watching it, it comes across as cheesy. 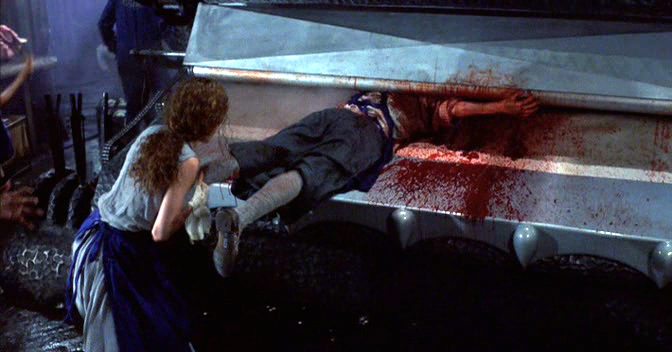 This movie seems to know that it is cheesy so it goes into full camp mode with Ted Levine overacting his way through his role as a detective. He doesn’t say his lines so much as yells them. Everyone and everything annoys him.

Robert Englund plays the owner of the laundry business. He’s not a character in the short story, but  having an owner of the business would seem like a good idea, but, of course, he’s over the top like everything else. He’s some evil overlord of the entire town that seems to run on the back of this laundry business. Really? He’s made some deal with the devil to feed the machine sacrifices to keep his pockets lined. He also has some leg braces that might have been explained but I have since forgotten. I feel like they are there to make him look more menacing, but his entire role made me laugh.

Finally, I couldn’t take anything in this movie seriously and this was before the end where people are being chased by the machine into the depths of the building. It seems like it was built on opening of some kind of hell mouth and when an industrial-sized steam-and-press machine is finally set free, it can move really quickly! Ridiculous.