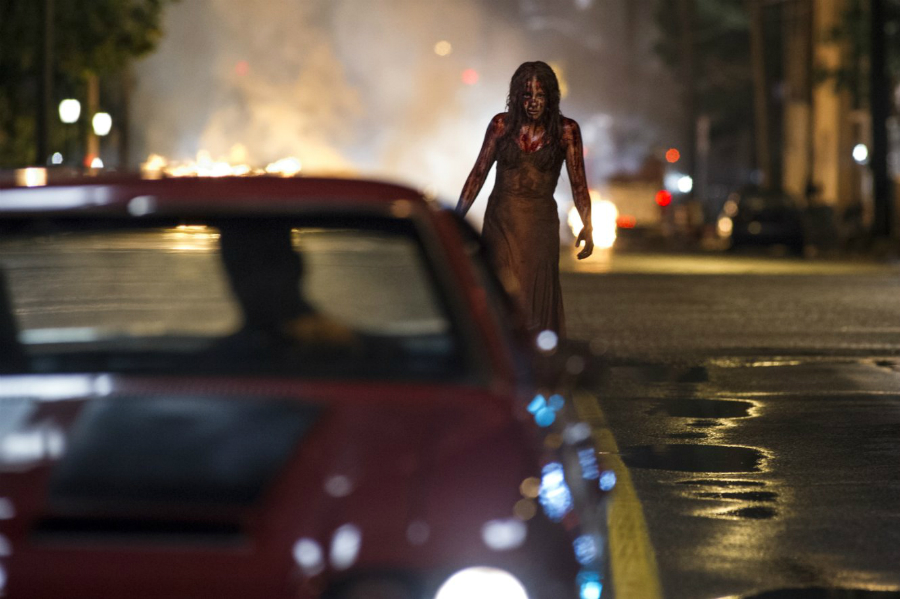 This was a completely unnecessary remake. When it began it showed Julianne Moore as Carrie’s mother, Margaret White, giving birth to Carrie and almost killing her immediately. That gave me hope that it might add a little more backstory to the movie from the book that the 1976 version left out. It didn’t add any in a meaningful way. At times when Margaret was shouting at Carrie for being sinful, she would shout some random backstory plot point, but I don’t feel like it added anything to the movie so it became worthless for being mentioned. 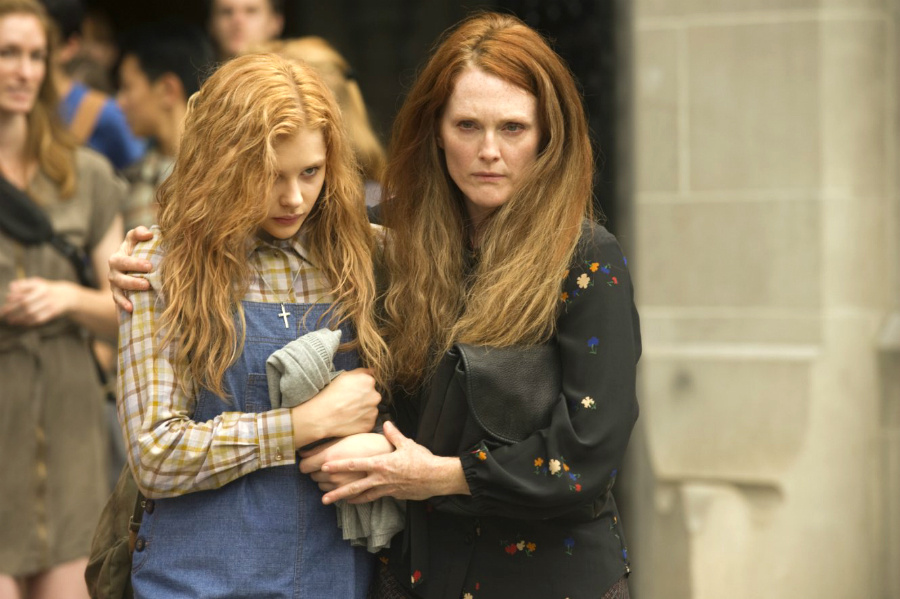 Rewatching the 1976 version before watching this one really made me appreciate how well Sissy Spacek played Carrie and how terrifying Piper Laurie was as Margaret White. I love Julianne Moore, but I never found her scary in this movie. She would yell, but it mostly came across without any emotion so it was more annoying to watch than anything. While watching Piper Laurie scream in the original, I wanted to run and hide as if I was Carrie. She freaked me out. I found that Sissy Spacek did a much better job playing the meek girl than Chloe Grace Moretz, who thought being hunched over was the best way to act scared. It didn’t come across in her facial expressions that much. When Carrie practices her telekinesis, she feels powerful, and Spacek showed childlike glee in her face when something did what she wanted for the first time. When Moretz’s Carrie was doing the same thing, her face immediately reminded me of her character in Kick-Ass. There was nothing subtle about it.

The only person I liked better in this version compared to the original version was Judy Greer. I thought she was fantastic as the gym teacher who ends up trying to look out for Carrie. That doesn’t surprise me since Judy Greer is excellent in everything. I could not stop laughing at the beginning of the prom scene when she was doing some weird ass dance moves on the dance floor, which included some kind of punching jabs.

The only differences in the story were minor in order to bring it up to date, like smart phones videoing the bullying Carrie endured at the beginning of the film and Carrie being able to look up videos at the library to learn about telekinesis. The story itself did not need to be updated, which means that this movie did not need to be remade. I would have given this movie a worse grade, but Judy Greer’s dance moves saved it only slightly.