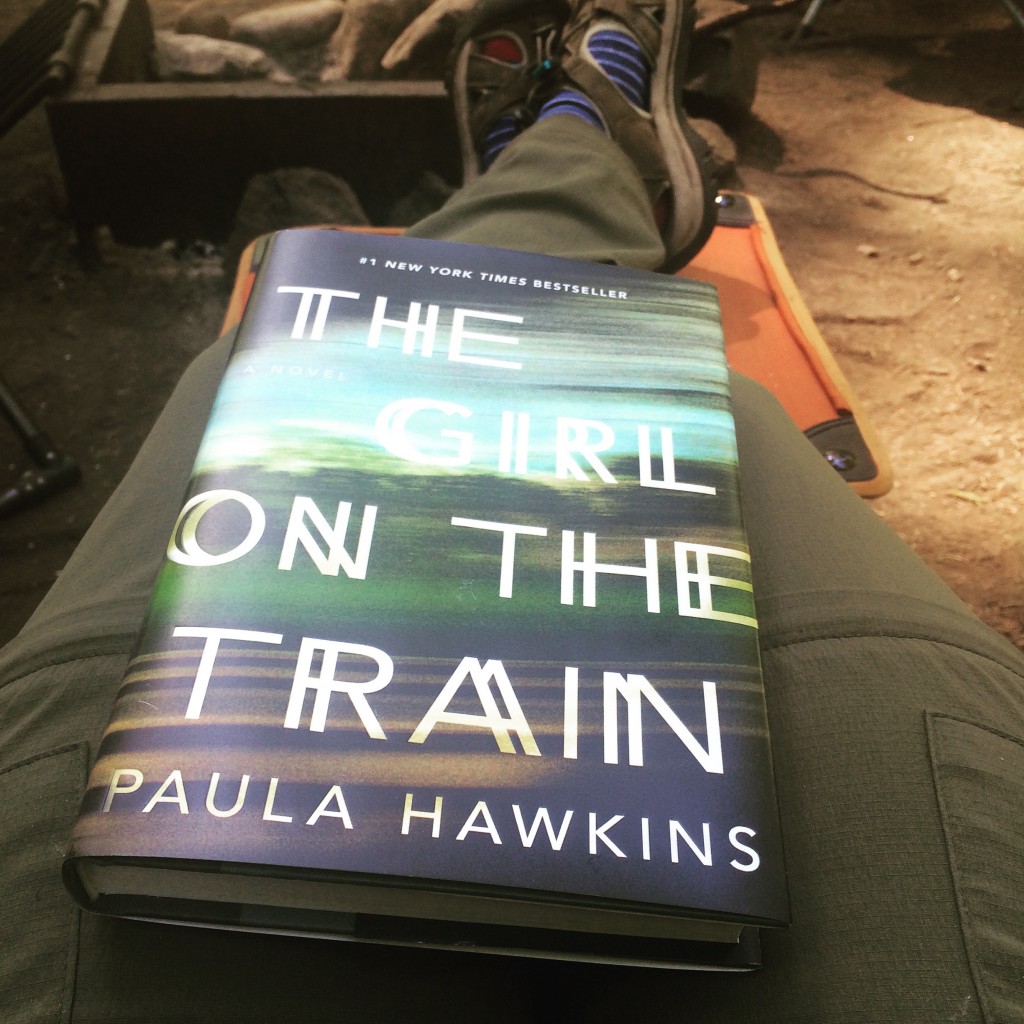 The Girl on the Train
by Paula Hawkins

Rachel rides the train into work each day and during one section of the ride, the train slows down slightly and she stares at a row of houses that line the tracks. She stares at a happy couple that she has named Jess and Jason. She has made up a history for them and it helps with her commute each day to and from work. Then one day, she sees Jess kissing a man who isn’t her husband, and the following day, Jess goes missing. Rachel becomes obsessed with what has happened to Jess (real name is Megan she learns from news reports). It also comes out that Rachel has a drinking problem because she has never gotten over her failed marriage an her ex-husband who remarried to a young woman named Anna and they live in their old house that is a few doors down from where Megan has gone missing. The story is told from the perspective of three different characters: Rachel, Megan and Anna.

This book first gripped me when it was slowly revealed how bad of a drinking addiction Rachel had. Her life is in shambles to what it once was, and she blames herself and her drinking for most of it. She wishes she was still married to Tom, but knows it is all her fault. She leaves him drunken voicemails or calls his house late at night, but does not always remember what she says. I would smack my face on Rachel’s behalf when she would wake up the next morning and realize what horrible decision she had made the night before when she was blacked out. I would cheer each time I thought she was staying sober for a few days, and then she would fall off the wagon again and make another bad choice. It was like watching a car accident where you can’t look away, even though you know you should.

In this case, you should keep looking since there is more to the story than her being a sad drunk. This is what I loved about the story. I felt for Rachel, even though there was so much not to feel for her. She is a character that could be easily shunned and looked down upon, but I wanted there to be more to her. I felt there was at the end of the book. While I loved reading the other two characters’ perspectives, I always wanted to go back to Rachel to move her story along, even when it seemed really pathetic. The overall mystery is a good one, even though it is sad in how it affected so many different people in the story. I don’t know if it was a happy ending, but a satisfying one.

Tags:book review, Paula Hawkins, The Girl on the Train
11 Comments