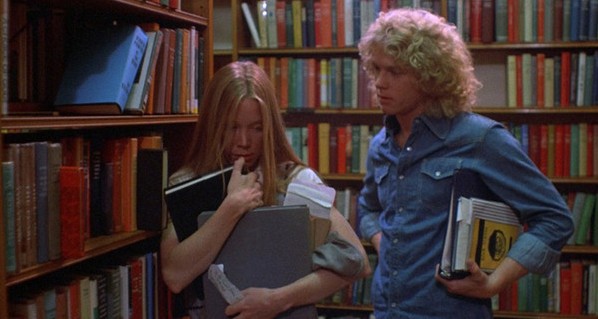 An outcast at school gets made fun of at school and prom, but she has her revenge.

This was another movie that I decided to watch in my group of spooky movies around Halloween that I hadn’t seen in years. I remembered her mom being completely psycho and her freaking out on everyone at the end. I also remembered being scared to death at the hand that came out of the grave during the last scene. I didn’t realize it until recently that was the first movie to have that happen, and so many movies have ripped it off since then. I know that when I watch anything near a grave site, I expect it to happen, most likely due to this movie. 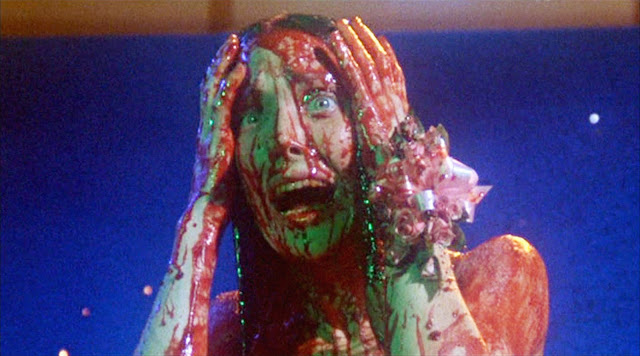 I always associated Brian De Palma with some sleazy films like Snake Eyes and Femme Fatale. I was surprised when I saw he directed this, but then the sleaze started right away in the super long, super slow girls’ locker room scene.

While watching this again, it was apparent that Sissy Spacek is amazing. She is such a dorky outcast at school, but so freaky at the end when things are flying around and she is covered in blood. Then you go back to feeling sorry for her when she has to go home after the prom. Piper Laurie is full-on crazy, but she is filled with awesome lines and actions, like throwing coffee in Carrie’s face when she says she wants to go to prom or calling her breasts “dirty pillows.”

On a superficial note, I noticed everyone that was dating had matching hairstyles. The mega bitch queen of the school had fabulous feathered hair and so did her boy toy, John Travolta. Amy Irving’s character had super curly hair and her boyfriend that she convinced to take Carrie to the prom also had super curly hair. He was also the Greatest American Hero, but his hair was so much bigger in this movie. It was truly scary, almost as scary as Carrie.