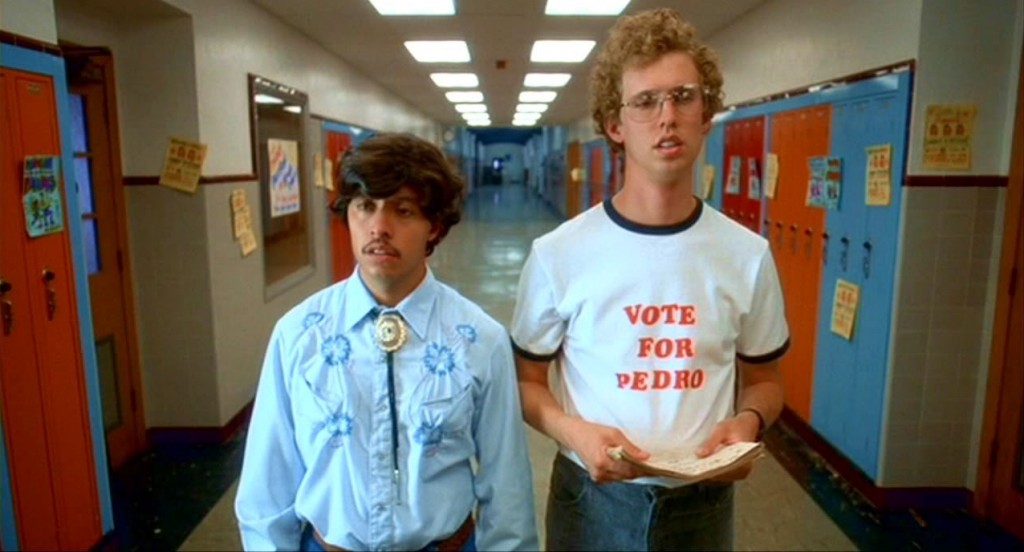 The geekiest, worst-dressed guy sets out to win over girls and get his friend elected to be class president.

When we first started watching this movie, we were beyond drunk at Chuck’s house at 2am. We watched about half of it, but it only felt like 20-30 minutes. We finally were able to watch it sober and pay more attention of what was going on this time around. 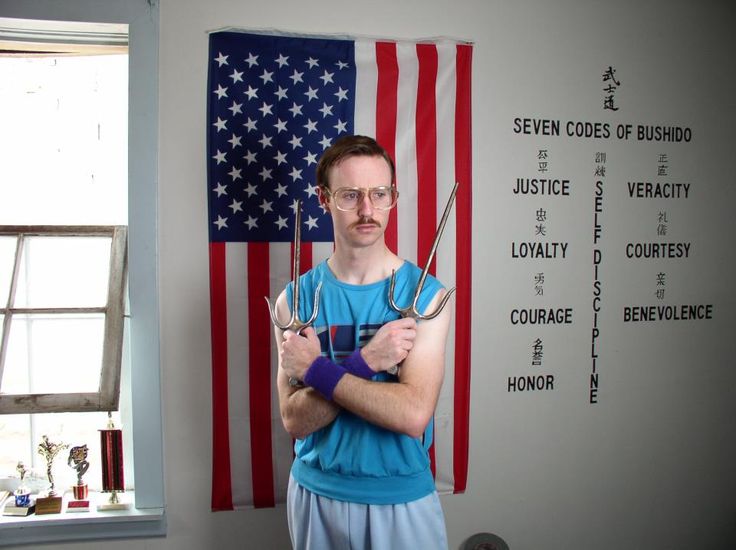 This movie doesn’t really have a plot. What I described up above only happens as one of the sub-plots of the movie. The entire movie is filled with sub-plots, but no big main plot, unless laughing at the dorkiness of everyone is the main plot.

I giggled throughout this movie. This would be a movie that you either love or hate. If you think the people they are making fun of are dorky but funny, then you’ll like this movie. If you think they are dorky and pathetic, then you’ll just find this movie annoying. I loved it since Napoleon Dynamite is just the ultimate geek, but doesn’t seem to care much. He says the stupidest things, but without worrying what others will think. His brother is also the serial killer guy in Reno 911.

Also the entire movie seems to be set in current times, but the town that he lives in somewhere in Idaho appears stuck in 1982. Everyone’s clothes and hairstyle is in the 80’s including pony tails worn on the side and OP shirts, but there is talk about online chatting. I never want to go to Idaho if it is like that. They do have Trapper Keepers though. I loved my Trapper Keepers.

Random Fact: The actor playing Napoleon is from Salem, OR.