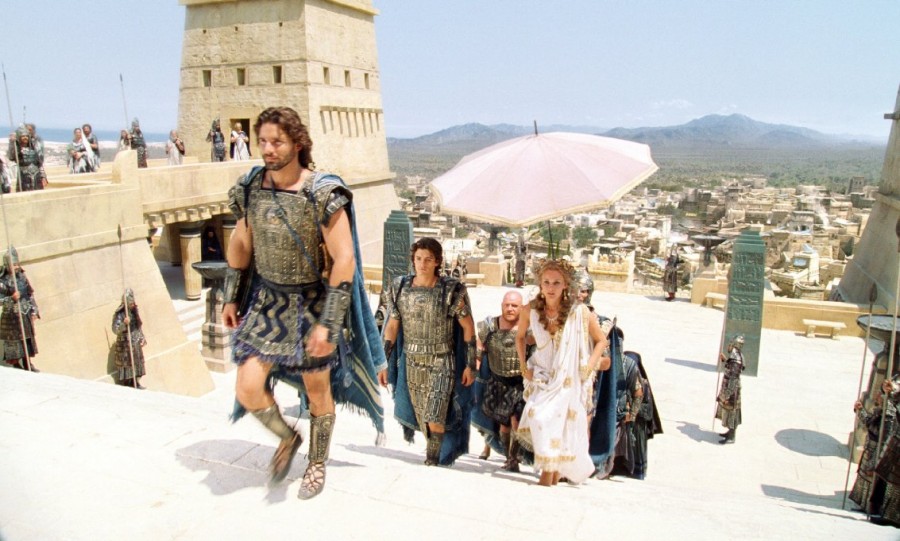 Orlando Bloom wins and steals Helen (I’d go with him too), which leads the Spartan king to use it as an excuse to start a war with Troy using his fiercest warrior, Brad Pitt.

I saw this with Sharon and Kat when they were in town visiting. I thought it was fabulous. There were many naked men in this movie. mmmmmmmm. Okay, you didn’t see anything more than from the waist up (and not even a butt shot, for shame!), but it was all very nice anyway. When they were dressed, they were hardly wearing anything and it was just all dandy. 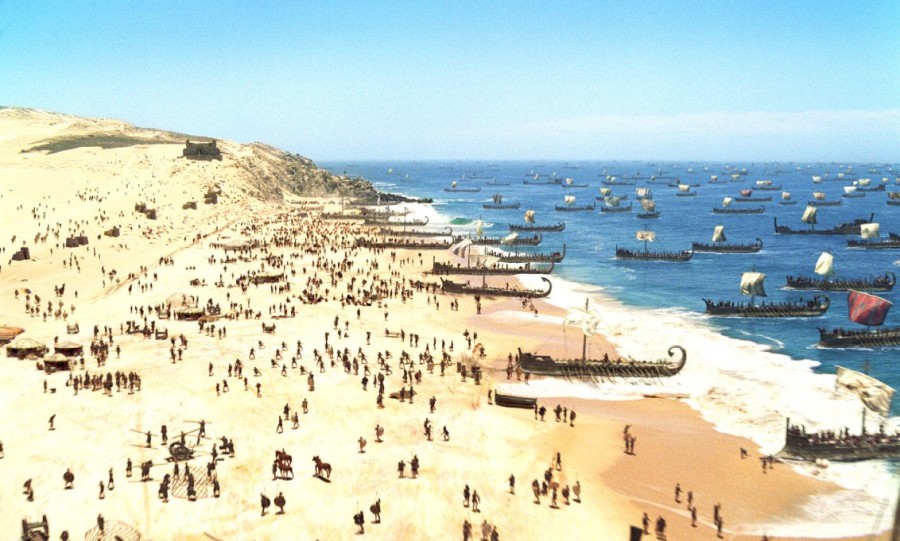 Besides that, I enjoyed the action and I was emotionally invested in the characters which doesn’t happen often with the big ole action movies. At times I was rooting for Brad Pitt’s Achilles and other times I was rooting for Troy to beat up the Greeks because I liked the people on both sides. Poor Orlando Bloom played the wussiest character in the world, but he sure did look pretty while doing it.

Compared to the Illiad, well, yeah don’t do it. It’s best to just view this as a separate movie since it only takes place over about a month instead of ten years. They only mention all the Greek gods instead of them playing a part in it. I read somewhere they thought if they did that it would be too much like Clash of the Titans, which is an awesome movie, but okay I get their point.

In other movie big fight scenes, I lose what is going on. I have no idea who is hitting who and it is a big blur. I was actually able to know what was going on, so that was impressive. Some guy had a huge war hammer that was cool. There was also a neat trick with flaming balls coming down onto a beach. The archers in the movie were awesome and I guess I said that outloud in the theater according to Sharon and Kat.

I found myself gripping my fingers and arms at times, so I guess certain parts were tense! Also, Brad Pitt did some crazy jumping in the air thing when he was fighting a lot. I thought it was funny and cool at the same time. He’s quite spazzy! Poor Odysseus had a very small part and I didn’t even know who he was until the very end of the movie when they finally said his name. I thought he should have been brought up more.

I laughed when they made the Trojan horse. I knew they were going to build it, but I had Monty Python flashbacks about the wooden bunny and then the phrase, “Well if we built a large wooden badger…” I also informed Sharon when they were looting the dead bodies of their enemies and when they retreated once I said “Run away!”

It was a long movie, but I didn’t mind it. I thought it only dragged slightly in the very beginning, but it didn’t after that. I only saw Sharon look at her watch once towards the very end (when a bunch of stuff was going on too ), but she might have beforehand.

I would recommed this movie to any woman (or man) that likes to see scantily clad, very buff, tanned men. I thought the fighting and storyline was cool too but I don’t know if I would have enjoyed it so much without the nakedness.