A breakdown on what’s new, gone and changing each night of the week on FOX come Fall 2009: 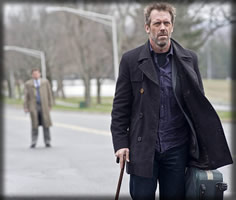 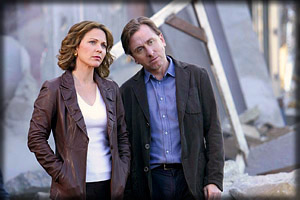 FOX will keep House on Monday nights at 8pm for both the fall and spring. I really think it should have moved Dollhouse to the post-House spot, but they don’t listen to me! They decided to move Lie to Me behind it, which I also enjoy, but think Dollhouse needs more a chance to succeed than where it remains on Friday nights.  Come winter, Lie to Me will be replaced by 24, which will take place in New York for its eighth season.

On Tuesdays, FOX will try to air So You Think You Can Dance during the Fall for the first time. This could be a risky move since it does well during the summer against not a lot of competition, but will it survive in the crowded Fall TV market? Also, it will be airing right after it airs the current summer season so it might be too much back to back. In the Winter, American Idol will start its domination for Tuesday nights followed by new show Past Life, which involves private detectives who use out-there science like regression therapy and reincarnation theory to solve their client’s cases. It stars Kelli Giddish, Nicolas Bishop, Richard Schiff and Ravi Patel. Apparently, the shows trailer caused the most rolling of eyes during the upfronts to advertisers and TV critics last week. That does not bode well for the show! While I’m a sucker for these kind of shows, I found myself unintentionally laughing at it.

On Wednesdays in the Fall, So You Think You Can Dance will air its results show followed by Glee, which was the show that previewed last week after American Idol.  In January, the American Idol results show will air followed by the new Mark Valley show Human Target, which is based on a DC Comics series about a bodyguard-for-hire. I’ve loved Mark Valley since he was in the little seen, quickly canceled Keen Eddie so I hope he finds success in some television show. It also stars Jackie Earle Haley and Chi McBride. It was quite popular among the TV critics that previewed it. After it ends its run, Glee, will come back to finish off its season in Spring. 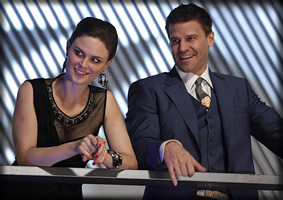 Bones was renewed for two seasons and will stay on Thursday nights. Fringe will be moving to the busy night too, which might not bode well for the series that did decent with the 18 to 34-year old audience this season, but wasn’t a huge breakout hit. Will it die against CSI, Grey’s Anatomy and Supernatural? The latter is the one that would most likely have the same audience so I worry for it.

Prison Break, which lasted way too long since it should have ended after the first season, finally ended its run this past season so it will not be returning. Terminator: The Sarah Connor Chronicles was canceled, which is a shame mostly because it was a nice match up with Dollhouse on the dead Friday nights. In the most shocking renewal, Dollhouse was renewed for a second season for 13 episodes. I find it great since I don’t think the show found its footing until halfway through its first 12 episodes. I’m not sure if it’ll last though since it has the odd pairing on Friday nights with new show, Brothers, and the show that won’t die ’til Death. Brothers is a family comedy starring Michael Strahan, Daryl “Chill” Mitchell, CCH Pounder, Carl Weaters and Colton Dunn. Critics have said it looks pretty generic, but they are impressed with the cast. I know I’ll be ignoring it.

On Saturday nights, FOX will continue with Cops and America’s Most Wanted. It has a new talk show hosted by Wanda Sykes,  that will take over thespot vacated by Mad TV. It should be pretty entertaining, but I’m not a talk show person.

Sunday nights will continue to be mostly animation. Even though King of the Hill was canceled, the rest of the line up remains mostly the same. The Simpsons start out the night, followed by the Family Guy spinoff The Cleveland Show, which stars Mike Henry, Sanaa Lathan, Reagan Gomez-Preston and Kevin Michael Richardson. After that, it finishes off with even more Seth McFarlane shows, Family Guy and American Dad. In the Winter, American Dad will move to the 7:30 pm spot before Simpsons and The Cleveland Show will take its spot, leaving open the 8:30 pm spot with new show Sons of Tucson, about a con artist acting like the dad for three kids while their dad is in jail. It stars Tyler Labine, Davis Cleveland, Frank Dolce, Troy Gentile and Natalie Martinez. The Cleveland Show seemed harmless to critics and fit in with the rest of the animation shows. They did seem to like Sons of Tucson. Oh, I almost forgot. It wasn’t on long, but Sit Down, Shut Up was also canceled.

There isn’t a spot for it, but Kitchen Nightmares will be back at some point next season where it can easily fill in for an empty spot.

Do you care about anything that was canceled? Do any of the new shows look good to you? What do you think about the time slot changes for some of the shows?