A breakdown on what’s new, gone and changing each night of the week on CBS come Fall 2009: 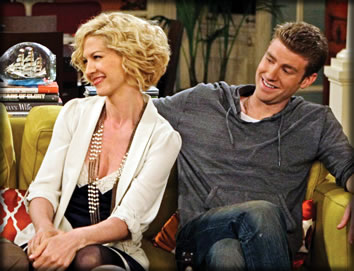 CBS shuffled around its comedy line-up a bit, but kept to the same format of comedies all night long, including laughfest CSI:Miami. Gone is Worst Week, which I don’t think anyone will miss. Leading off the night will be How I Met Your Mother followed by the new Jenna Elfmen comedy, Accidentally on Purpose, about an older woman who gets pregnant after a one-night stand with a much younger guy she picked up on at a bar. She decides to keep the baby and the boy. Wait, isn’t that really close to the plot of Knocked Up except it is an age difference instead of an attractive difference? I might be interested in the show, if I liked the cast, but Jenna Elfman has always bugged me so I’ll ignore it! After that, it is the Chuck Lorre hour since he produces both Two and a Half Men and Big Bang Theory that run right into David Caruso in CSI: Miami whipping his sunglasses off while repeating his lines for dramatic effect. Acting! 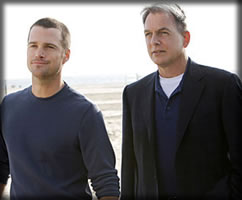 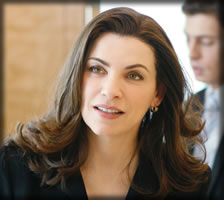 NCIS will stay on Tuesday night at 8pm where it has quietly dominated the time slot over the years. Following it, will be the uninventively named spin-off NCIS: Los Angeles, starring Chris O’Donnell and LL Cool J. Following that, in The Mentalist‘s former spot (it’s moving to Thursdays) will be Julianna Margulies’ show, The Good Wife,  where she is a defense attorney in Chicago, after leaving it many years prior, when her politician husband is jailed following a scandal. It also stars Chris Noth, Josh Charles, Christine Baranski, and Matt Czuchry. I’ll check out the NCIS spin off since I enjoy the original (or I guess the first spin-off since it came from JAG). I will check out The Good Wife because I love Chris Noth and Julianna Margulies. Gone is Without a Trace that was canceled due to being too costly for a huge ensemble show being on for many years. I had been half watching it the past few seasons so it isn’t a big loss for me.

Not much changes on this night for CBS. The New Adventures of Old Christine will start the night, followed by Gary Unmarried, which surprises me that it was picked up. Then it’s crime procedurals the rest of the night with Criminal Minds and CSI: NY. 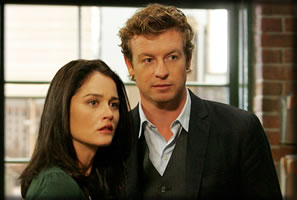 The night begins the same with another edition of Survivor. This one will be in Samoa. CSI will stay in its spot, but it is not the powerhouse it once was, which seems not necessarily the fault of William Petersen leaving the show, but the writing going down the tubes. What is up with that? The Mentalist will be taking over the spot vacated by Eleventh Hour. The Simon Baker show was the only break out hit from this current season, so it should do well on Thursday night. As for Eleventh Hour, I am not sad that it is gone since I have the entire season sitting on my TiVo with only the pilot watched. I was saving it for when I had nothing else to watch.

CBS not only saved Medium from NBC, it actually ordered a full 22-episode season unlike the past two shortened seasons that NBC gave it after it canceled some other show. It will also be paired with Ghost Whisperer, following it at 9 pm. After that will be Numbers, which still wins its timeslot pretty much every Friday night. 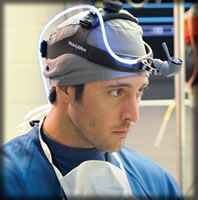 Sundays will continue to start with 60 Minutes and The Amazing Race. After that, Cold Case gets bumped to the 10 pm time period to make room for the new Alex O’Loughlin doctor show, Three Rivers, where he plays a transplant surgeon. Even though I enjoyed Moonlight and Alex O’Loughlin is very good looking, the show looks incredibly boring. After being a solid hit for CBS for a couple of seasons, the network moved The Unit to Sundays this past season, which of course, led to its demise.

Harper’s Island has also been canceled and is being burned off on Saturday nights during the summer. Rules of Engagement will return midseason, along with new shows Miami Trauma, The Bridge and some reality shows.

I believe that’s it! Any shows that are gone making you sad? What are you excited that has been renewed? Do any of the new shows look interesting to you?