A breakdown on what’s new, gone and changing each night of the week on NBC come Fall 2009: 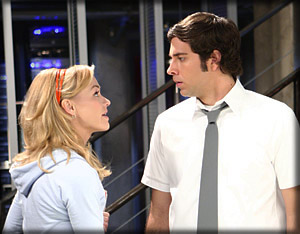 After hemming and hawing for a few weeks, NBC finally announced that Chuck would be returning next season. It will only be returning with 13 episodes, which isn’t necessarily a bad thing. I have come to enjoy the cable series that last only that long. It seems to make for tighter story lines without as much filler. Chuck will be staying on Monday nights, but it will not appear again until after the Winter Olympics in 2010. What will be in its 8 pm time slot in the fall will be Heroes that is returning to run 19 consecutive episodes. I believe this will be good news for Heroes too since it loses its momentum when it goes into reruns. 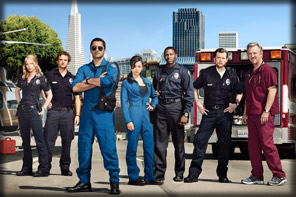 In the 9 o’clock hour NBC will be airing new shows. In the fall, it’ll be San Francisco paramedic show called Trauma starring Derek Luke, Anastasia Griffith, Cliff Curtis, Aimee Garcia, Kevin Ranking and Jamey Sheridan. It is like ER, but different. In the spring, the hour will be turned over to Day One, an event series where there is some big catastrophe and group of survivors are trying to rebuild society while figuring out what happened. It stars Adam Campbell, Catherine Dent, Julie Gonzalo, David Lyons, Derek Mio, Carly Pope, Thekla Reuten and Addison Timlin. It’s from a writer on Lost, Heroes and Alias so that gives me hope. I have also liked Carly Pope since she was on Popular. I wonder if there will be zombies since I believe all apocolyptic-themed shows should contain zombies. I think that’s why Jericho didn’t survive. Lack of zombies!

Monday nights will no longer have Medium, since it was canceled by NBC but it is supposed to be picked up by CBS to be paired with Ghost Whisperer on Friday nights, which I think is an excellent fit. I am guessing it had to go to make room for Jay Leno hogging the 10 pm time slot Monday through Friday night with another talk show. Do we really need another late night talk show? Do we need Jay Leno taking valuable prime time spots? NBC figures it’ll be cheaper to have Jay Leno in the spot with lower viewership than a hit tv show, but still have better ratings than most of their non-hit shows. I guess we’ll find out how fascinated people are with him when it happens. I for one, will not be watching NBC past 10 pm. 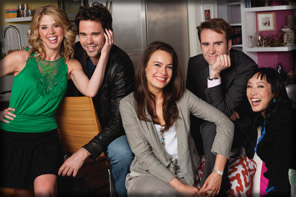 In the fall, Biggest Loser returns for more two-hour shows since apparently they were quite popular. In March 2010, it doesn’t hog up so much of Tuesday nights by being only 90 minutes long to make room for new show, 100 Questions, a comedy starring Sophie Winkleman as Charlotte Payne. While filling out an online dating questionnaire with 100 questions, Charlotte recounts various points of her life. It also stars Elizabeth Ho, Joy Suprano, Christopher Moynihan, and David Walton.  The premise sounds pretty lame, but the actual trailer makes it look like an updated Friends with some likeable characters. 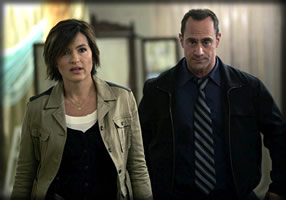 Wonder where Law & Order: SVU went on Tuesday nights? It moved over to Wednesday nights at 9pm. Knight Rider was canceled a while ago and I’m sure no one has missed it since no one was watching it. Sadly, Life was also canceled. I believe the writer’s strike actually saved it from being canceled the first season, but it just didn’t gain an audience the second season. It’s a shame. It was a different kind of cop show with a good lead actor. Lipstick Jungle was canceled a month or so ago too. I thought it actually improved the second season, but at least they got to wrap up some story lines before it went on hiatus forever. 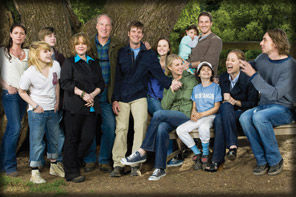 The new shows will be leading off the night at 8pm. In the fall, it is another tv remake of the Ron Howard/Steve Martin movie Parenthood. They already tried to make this a tv series shortly after the movie, but it failed. I don’t remember it being around. The premise with the huge ensemble of grown family members doesn’t sound too different from Brothers & Sisters with one single mother returning home to her parents and other grown siblings with their own kids. Maybe they can make it work this time with the stellar cast:  Peter Krause, Maura Tierney, Craig T. Nelson, Dax Shepard, Bonnie Bedelia, Monica Potter, Erika Christensen, and Sarah Ramos.

In March 2010, another medical drama following nurses will debut. Mercy stars Taylor Schilling, Jamie Lee Kirchner, Michelle Trachtenberg, James Tupper, Diego Klattenhoff and Guillermo Diaz. I would think I would be bored of another medical show, but I liked the trailer. I’ve grown to like Michelle Trachtenberg, but I believe Amy will hate that Buffy’s little sister is wearing Hello Kitty scrubs in the above picture. 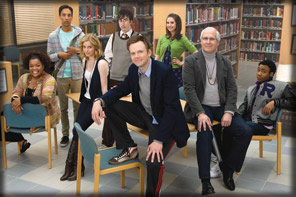 NBC ended up canceling My Name Is Earl. It is being shopped around to other networks, but it doesn’t seem likely to be picked up at this point. Kath & Kim also did not get renewed, but no one is sad about that one. The shows that are returning are Parks & Recreation, The Office, 30 Rock and the very cheap-to-make SNL Thursday. 30 Rock is not going to premiere until October, so its timeslot will be filled by new college comedy Community, starring Joel McHale, Chevy Chase, Gillian Jacobs, Yvette Nicole Brown, Danny Pudi and Alison Brie. This show looks really funny. 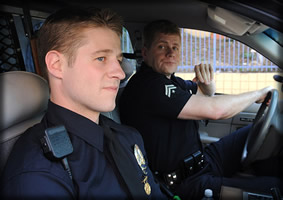 A few former 10 pm shows were dumped on Friday nights. At 8pm Law & Order will air and at 9pm Southland will air. Both shows are on the schedule for Fall and Winter. 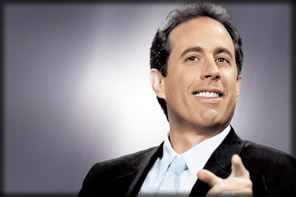 In the Fall, Sunday will be all about football, so I’ll be ignoring NBC then. In the winter, it will be replaced with Dateline at 7pm, new Jerry Seinfeld reality show The Marriage Ref at 8pm and the night will finish off with two hours of Celebrity Apprentice. The new show will feature celebrities, comedians and sports stars acting as judges to decide which side of a married couple is right in real-life disputes. It just sounds like Judge Judy with celebrities. I believe I will still not be watching NBC on Sunday nights.

As for the rest? Kings was canceled and is supposed to burn off the rest of the episodes this summer. Friday Night Lights was renewed, but no word on where it will be fitting into the schedule. It will first air on DirectTV first like it did this past season. Law & Order: CI has not been given an official renewal or not yet, but it could continue to be shown on USA and then repurposed over on NBC when they need to fill an empty spot like they have been doing the past few months.

I believe that’s it! What are you bummed about losing? What are you excited that has been renewed? Do any of the new shows look interesting to you? What do you think about Jay Leno taking over primetime?