Let’s talk about the older dad/daughter team. The episode started with a very weird conversation where Phil was telling them that they weren’t eliminated from the race. He asked them what they planned to do to catch up and the daughter said she was going to dump things out of her backpack like the hair dryer and curling iron she brought with her. This goes back to my point that there are so many people on this race that have never watched it, which is why these two are last. Then later during the mud volcano road block, she was dismayed that the only bathing suit she brought was a thong and she wasn’t going to wear that in front of her dad. Why did she bring it? Did she think it through before showing up for the race? Did she think there was going to be some extra pool time along the way in the race? Even though I find all of this stupid, they are not my least favorite team. There are so many others to choose from!

When we learned that teams were headed to Cartagena, Colombia, I was extremely excited since Steve and I went there on vacation four months ago. Then we proceeded to laugh at how any teams mispronounced the city when purchasing airline tickets. I laughed when the airline counter people would say the city name back to them correctly. 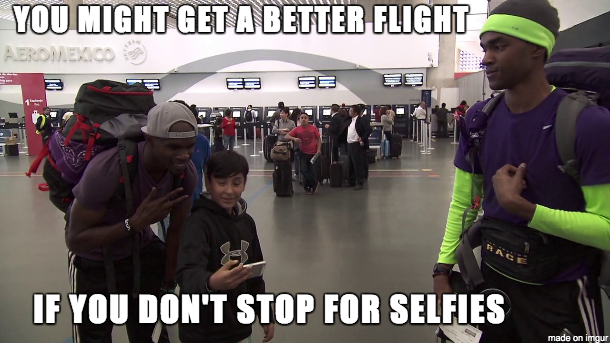 The brothers talked about being in Mensa and solving a rubik’s cube in under a minute to show that they are super smart. Steve can also solve a rubik’s cube super fast so he should probably be in Mensa. Well, we all laughed at their Mensa stuff since they were the fourth team to leave the pit stop and arrived at the airport fourth, kept wandering around,  standing in random lines, and taking selfies with their fans so they didn’t get their tickets until after everyone else. They also ended up on their own flight in last place. The flight attendant also bragged that due to her job, she had an advantage over other teams, but that does not help when you have a slow ticket person. They ended up on a different later flight from other teams, but were still on a slightly earlier flight than the brothers. 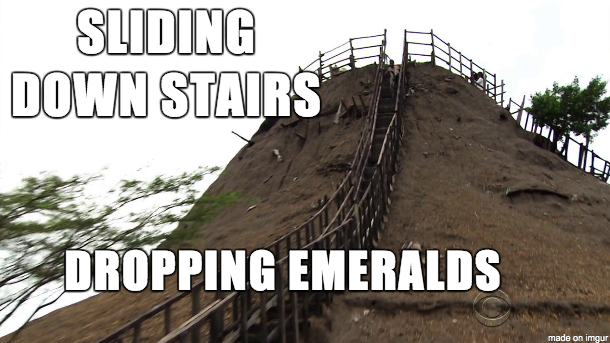 When teams arrived in Cartagena, they found their first road block at a mud volcano where the had to get in some healing mud and search for satchels within the mud until they found the ones that had an emerald in them. The stairs they climbed to get into the mud volcano seemed treacherous before they were covered in mud and were even scarier when they tried to walk back down. One team dropped their emerald and it went rolling down the hill, never to be seen from again so they had to go find another one. Good thing they were near the front of the pack.

The only semi-excitement came from the last two teams arriving at the road block. The flight attendant team arrived on a flight 30 minutes before the brothers, but were stuck with a really slow taxi cab so they both arrived to the road block at the same time. One of the brothers found the emerald faster while the flight attendant’s daughter was still searching in the mud. The mom was dismayed saying she never imagined themselves in last. Amy said, “Really? It never crossed your mind that you might not win? Are you the Green Team from last race?” 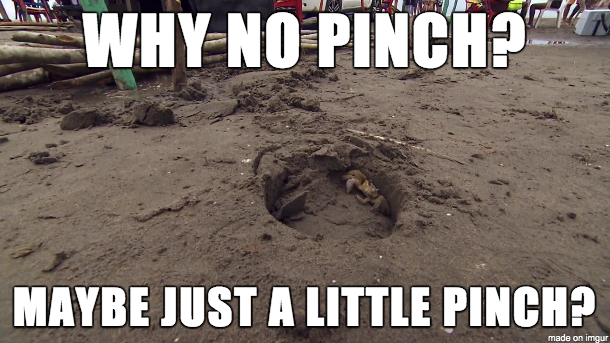 The next task was a detour on the beach. The first choice was making a pop-up party area that matched a display that was set up. It required teams to dig holes in sand to put down wooden poles and throw a cloth over it. The main detail part they had to notice was the way the Y-shape at the top of the poles had to be facing a certain direction. Not all teams noticed that right away. This detour was not very exciting to watch. The most exciting part was when one team was digging, they came across a crab in the sand. Oh, and at one point when a team had not dug deep enough, Steve yelled “You need to drive your pole deeper!” 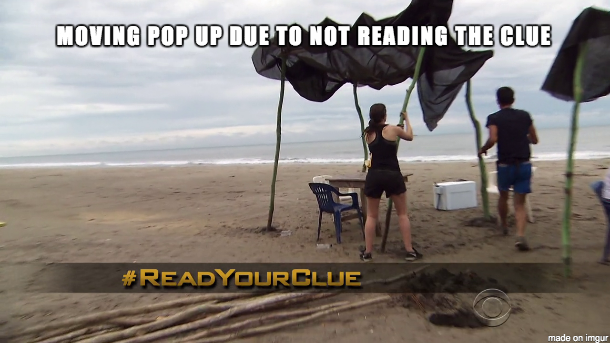 At one time, it was almost interesting when a team didn’t read their clue and set up their pop up area in the wrong spot. I laughed at the show using the hashtag #readtheclue because it  was written in it where they were supposed to set it up. 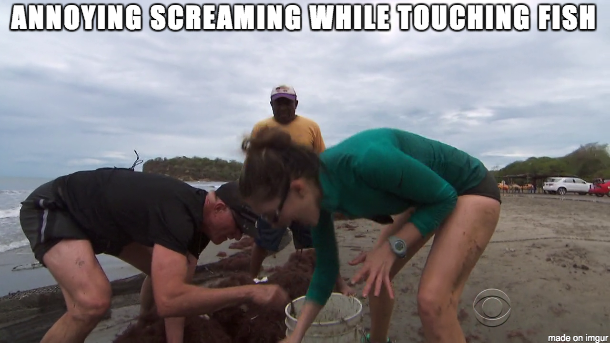 At the detour, old dad and daughter had to do a speed bump. It was a random task and not like last season where they made both people do a road block separately. I liked that, but I guess the show didn’t want to keep that change? It was back to how it used to be. They had to help some fisherman that were pulling a net of fish from the ocean. They had to help drag it in. We were in the ocean one day when that was happening and had to get out of the way so we wouldn’t be scooped up in the net, so at least they are actually doing things on the race that we did when we visited.

The YouTube girl team that I dislike picked the fish detour which consisted of preparing three fish plates. They had to scale, gut and fry a fish, prepare some plantains and rice, and put that on a plate with tomatoes and onions. We had one of those plates for lunch on one of our days at the beach.

One of the girls said she had a traumatic experience with a fish as a girl where one got caught in the crotch area of her swimsuit so she doesn’t like to eat fish or touch it. I wondered why she chose the fish detour. Amy said, “The fish crotch story is highly disturbing.” After he finally quit laughing, Steve said, “So a fish violated her and she is now afraid of them. Good thing a hot dog didn’t get caught in her bathing suit.”

The old man/daughter team were not doing too well making anything. She messed up the rice. He dropped the fish he had finished cooking. She tried to tell him to rinse it off and serve it. Really? Please don’t hire her to work in any kind of food preparation.

The brothers drove by the place that had the detour clue because they didn’t see a clue box. The clues were on a table that a person at the market handed to them. They ended up at the fish detour, but the other teams sent them back to go get it. They were able to get it and drive back to the detour before the last team of the flight attendant mom and her daughter got the last clue.

For reasons unknown, they decided to walk to the detour from the market. The mom & daughter team killed the fish task. They started after the brothers and they finished it well before them, but they had to run all the way back to the town and their taxi. The brothers kept burning their fish, but when they finally figured it out, they were able to jump into their cab. I said, “It would be funny if they passed them,” right when they passed the mom and daughter in the taxi. They knew that they would be the last team at that point.

After the detour, teams headed to the pit stop in the old walled in city part of Cartagena, which is where Steve and I stayed. Each day, we walked through the same plaza that the teams checked in with Phil. It was fun to see it on the show. Amy asked if Phil was there when I visited, but I said, “Sadly, he was not.” 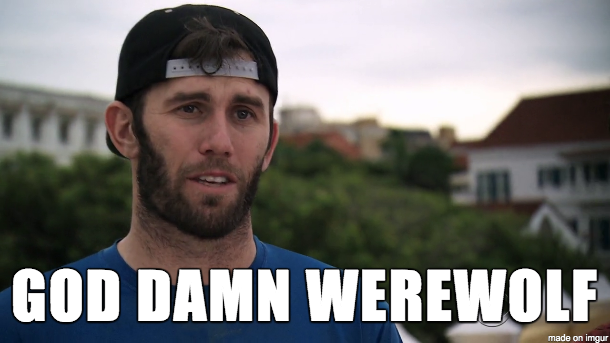 As for the show, Tyler and Korey were the first place team and won a trip to St. Thomas. Brodie and Kurt came in second place. They were ahead of everyone during most of the leg, but didn’t pay attention to details at the detour so that’s how Tyler and Korey passed them by. I have been mostly disturbed by how much of Brodie’s beard is growing on his cheeks. He’s a god damn werewolf.

At the end, the brothers came in second to last. It seemed like the flight attendant mom and daughter were really far behind, but the brothers were still on the mat when they checked in. They were eliminated. I’m not too sad to see them go. I am not sure why they were brought on during this “social media influencers” season when the mom was part of someone else’s random video. They should have saved them for another season.