Crimson Peak is a beautiful movie that does not know what it wants to be — haunted house ghost story or twisted family drama. Based on the trailer and it coming from Guillermo del Toro, I was expecting it to be spooky and scary, but it wasn’t. 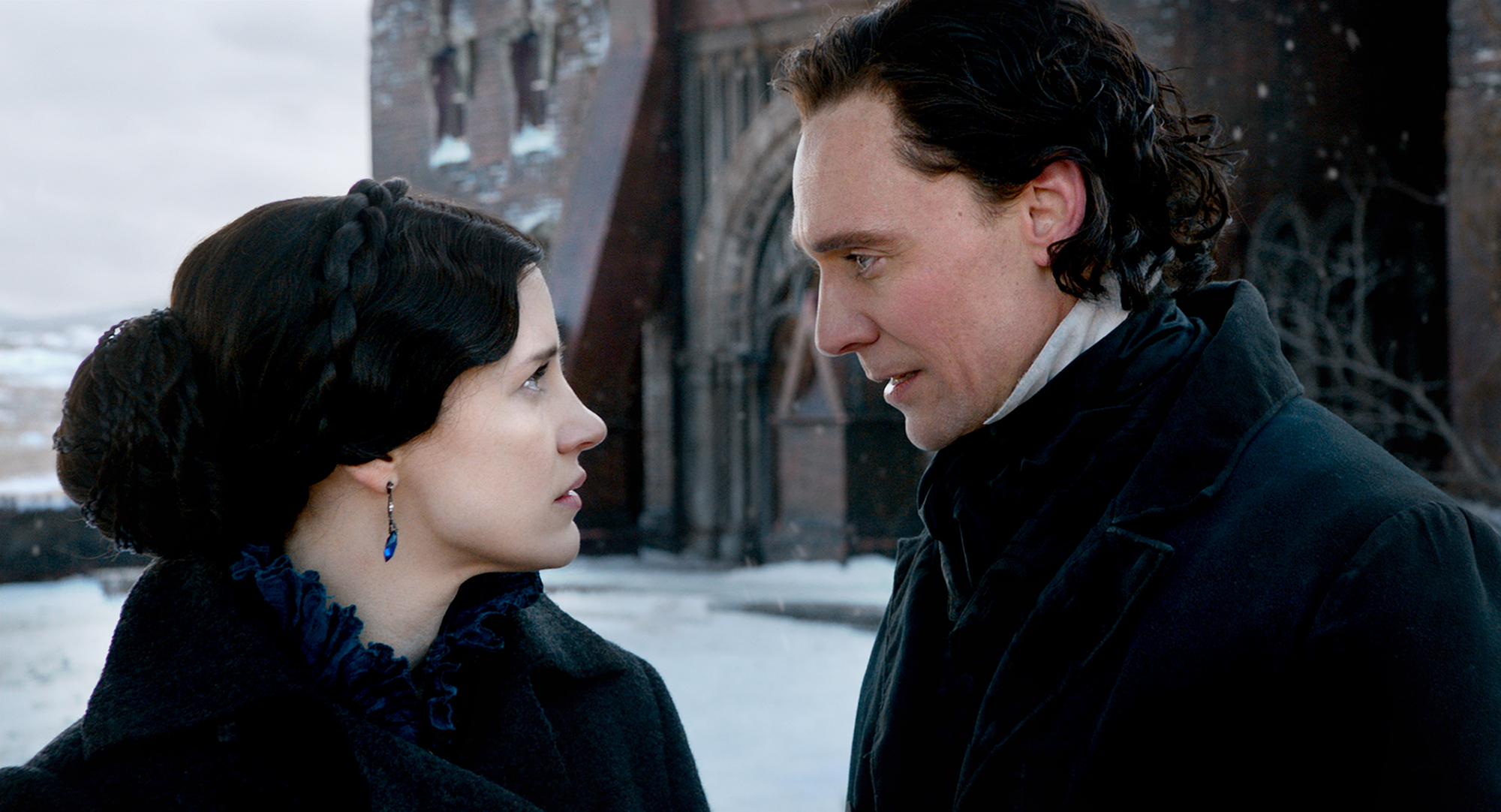 I read after I saw the movie that del Toro did not intend to make a horror movie, which is fine. I would have been fine if he wanted to focus on other parts of the story, but there was so much random ghost stuff popping up everywhere that was unnecessary and really didn’t add to the movie. Mia Wasikowska plays Edith Cushing who states in the beginning that she has always seen ghosts. Right away, you are expecting the movie to be about her seeing ghosts, which she does, but it was unnecessary for her character to have that trait. She is wooed by Thomas Sharpe (Tom Hiddleston) and eventually marries him. It is only after they are married that she gets to see the big, creepy house he lives in with his sister, Lucille (Jessica Chastain).

There’s something not quite right with the house or the Sharpe family. Do the ghosts help Edith figure it out? Not really. I felt like she could have found out the information in other ways beyond seeing ghosts come out of the floors. Also, who were these ghosts? They really did not seem to be part of the overall mystery. Maybe they came with the house.

The movie was beautiful though. The house was fantastically creepy. The ghosts were unnecessary. The house was creepy without them. Also, Jessica Chastain was creepy without any need for anything else. She could have walked around the house the entire movie and I would have felt creeped out. I felt like this movie had half of it rewritten and the two parts did not go well together. If one or the other would have been the focus, it would have been an improvement.