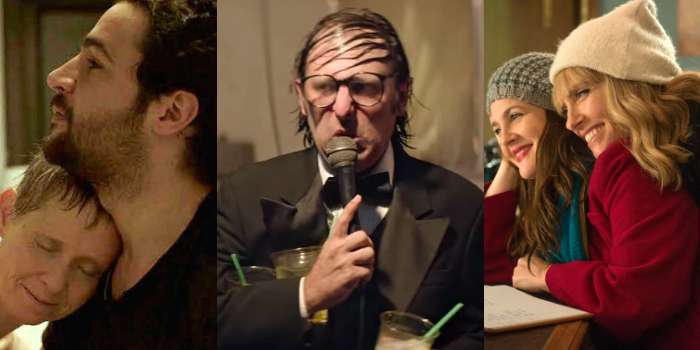 Miss You Already had a good cast, and even though it looks like it can’t wait to start the tears, the friendship being the main part of the movie is nice. James White is getting good reviews, but I don’t know if I want to watch another man-child trying to figure out how to grow up. Entertainment looks depressing.

Two best friends go through everything together in life, but face some challenges as one has to battle cancer and the other one is afraid to share the news of her pregnancy with her.

A twenty-something lives a hedonistic lifestyle, but tries to gain control of his life when his mother becomes seriously sick.

An aging comic plays a bunch of dead-end shows on the way to meet his estranged daughter.