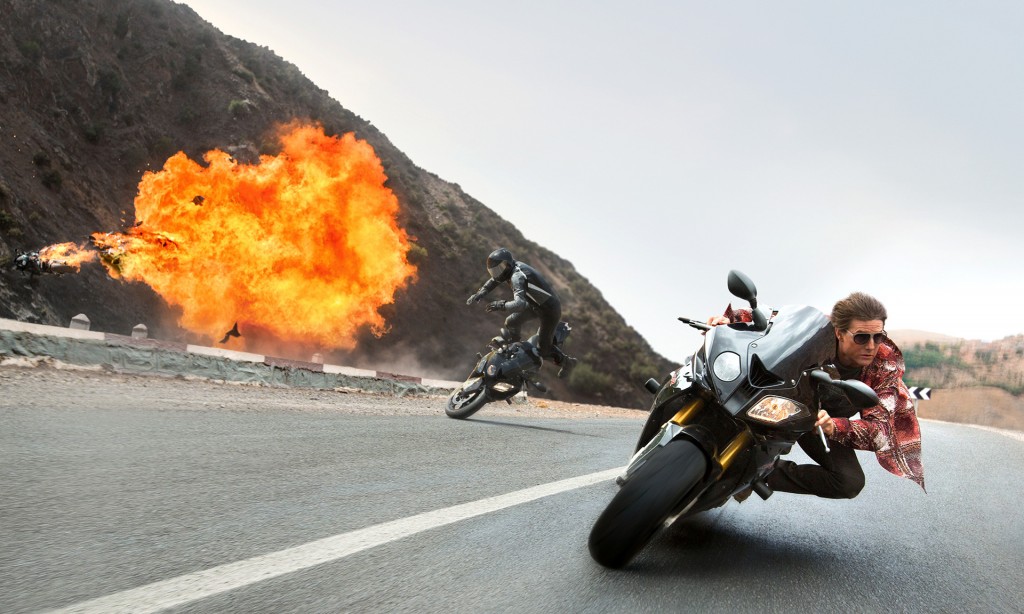 I love Mission: Impossible movies going back to the very first one. I was not a fan of the second one, but the rest of them have been highly entertaining and action-packed. I believe what I like most about them is there are real stunts done on them and it does not depend so much on CGI. Also, Tom Cruise is crazy and does most of his own stunts. If you watch the trailer, it shows him hanging off the side of an airplane when it takes off. He really did that stunt. Maybe Scientology gives you superpowers! 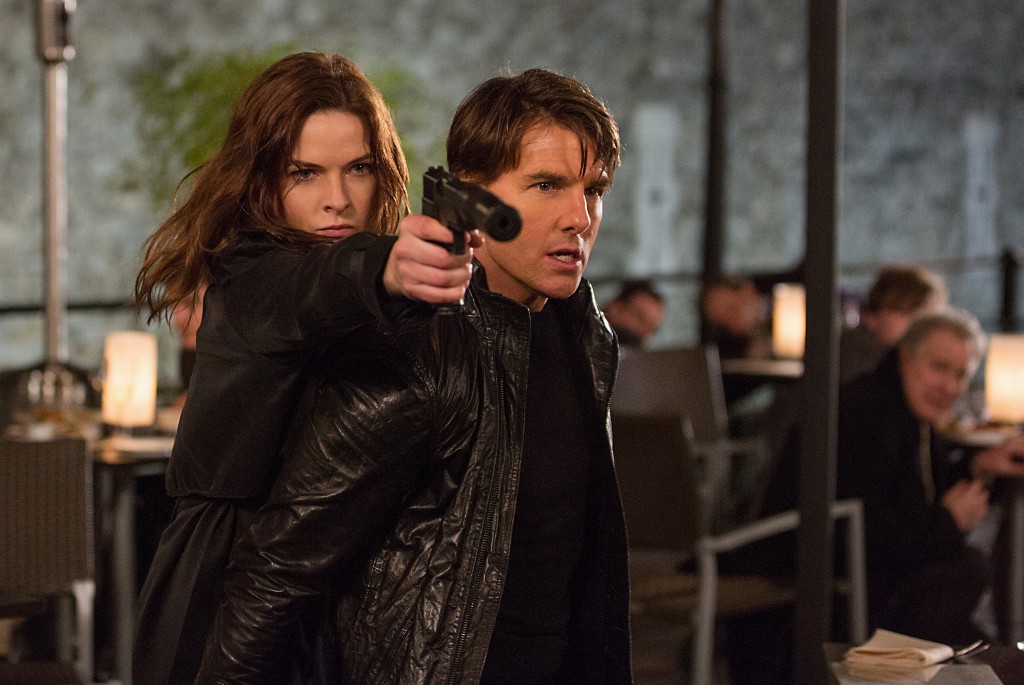 The plot for this movie did not seem as convoluted as past ones where I ignored the plot to enjoy all the action. This time around, IMF has been disbanded since there does not seem to be a need for a government agency that does not have any oversight to keep it in line. The big baddie this time around is the Syndicate, which is a bunch of evil guys around the world doing evil things. Ethan Hunt (Tom Cruise) and his team get together in secret to go after the bad guys because they don’t care if they aren’t supposed to do it anymore. They do have the help of a British intelligence officer Ilsa Faust who says she is undercover in the Syndicate, but no one really knows if they should believe her or not. I do like for once there is a female agent in the movie that does not need to stop and make out with Tom Cruise. She is just another agent like the rest of them. I mean, he hasn’t ever tried to make out with Ving Rhames, Simon Pegg or Jeremy Renner, so it is a refreshing change of pace that he does not kiss her. She was also a pretty badass agent.

What I also enjoy about these movies is there is humor inserted in them, sometimes in the middle of the intense action scenes. Some of that is provided by Simon Pegg’s character, which is expected, but this time Tom Cruise got in on it when he isn’t completely himself after a brush with death and he gets behind the wheel to chase some bad guys. It’s a funny scene. Also any scene with Jeremy Renner and Alec Baldwin in it together was pretty amusing.

I learned that the director also made The Edge of Tomorrow and Tom Cruise suggested he make this next Mission: Impossible movie after enjoying working with him. I’m glad he did, since this was a good summer action flick.