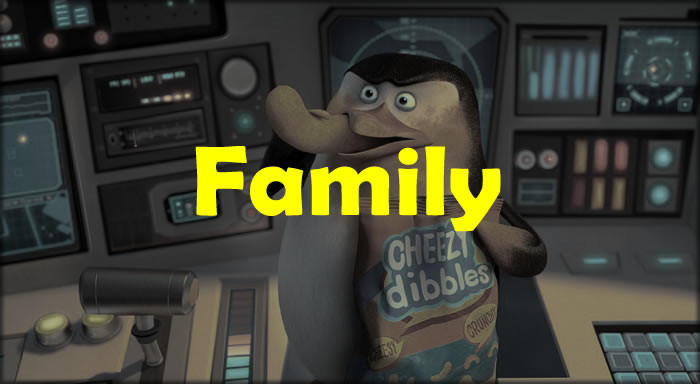 I would really think there would be more family movies coming out around the holidays, but it is just a few. Most of them are animated, but Annie squeezed in there.

A robotic prodigy turns his super fluffy nursing robot into a warrior when a villain attacks his city of San Fransokyo.

My Take: I fell in love with the super fluffy white robot guy.

The penguins are actually spy penguins and they have to join an elite undercover organization to go after an evil octopus.

My Take: It looks silly, but amusing.

Remake of Annie updated where she lives with a foster mom instead of an orphanage and Daddy Warbucks is now a New York mayoral candidate.

My Take: The original movie has not held up as anything that I want to revisit as an adult so I have no desire to watch a remake of it.

Based on the children’s books where a family takes in a lost bear.

My Take: I loved Paddington as a child, but this one looks way too creepy. I think it’s best just to view the Creepy Paddington Tumblr instead.