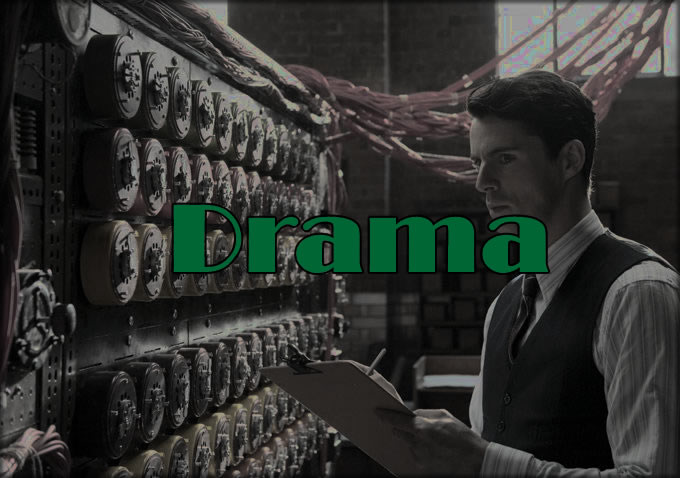 This is the time of the year for all of the dramas since it is Oscar season. Interstellar and The Theory of Everything have already come out. Other Oscar-contenders on the horizon are the Jon Stewart directed Rosewater, Steve Carell playing super creepy in Foxcatcher, Benedict Cumberbatch playing Alan Turing in The Imitation Game, Reese Witherspoon playing the hiking woman in Wild, and Angelina Jolie’s second directorial film, Unbroken.

Life on Earth is coming to an end so astronauts search for new places to live beyond our galaxy.

My Take: I love Christopher Nolan movies so of course I want to watch it. It doesn’t look as exciting as his previous films though.

The Theory of Everything

Biopic about Stephen Hawking right when he learned he had ALS around the time he was falling in love with his future wife.

My Take: It looks like a super sweet story and there is much I don’t know about Hawking from his younger years.

Covers three years of Lincoln’s childhood years and the two women who raised him into the man he became.

My Take: It looks pretty but also boring.

A journalist goes to Iran to cover an election, but after he sends footage of riots back to BBC, he is arrested, interrogated and tortured for months.

My Take: It’s an important story, but not one I am inclined to want to watch.

Based on a true story of an eccentric millionaire who wants to train athletes to be Olympic champions, but things go very wrong.

My Take: Steve Carell is super creepy and that makes me want to watch it.

A guy invites his childhood friends up to his parents lake house because he’s nostalgic for old times, even though they are not. Then things get awkward when his ex-girlfriend shows up with her new fiance.

My Take: I love stories like this, but none of these characters seemed relatable enough to make me want to watch them.

On the American frontier a woman has volunteered to transport three women who have gone mad from pioneer life back home to Iowa across Nebraska in the winter. She enlists the help of a drifter to get the job done.

My Take: Interesting-looking journey with a good cast.

Follows Alan Turing as he cracked the German Enigma Code that helped the Allies win WWII and then went on to develop the first computer.

My Take: It makes the subject matter look quite exciting and has a fabulous cast.

A motivational book reaches a bunch of different people that manage to cross paths throughout this movie while seeking out the author.

My Take: So much sappiness! I can’t even take it. Do they expect us to take this seriously?

A guy who has given up is about to commit suicide when his sister calls and asks him to watch his niece for her. They go on an all night adventure through Manhattan.

My Take: I didn’t like the guy at the beginning of the trailer, but watching him with the little girl changed my opinion of him and the movie.

Based on the memoir of a woman who decided after years of reckless behavior and a collapsing marriage that she would walk over 1,000 miles of the Pacific Crest Trail to find herself, even though she had no hiking experience.

My Take: I heard about the novel, but never read it. Reese Witherspoon makes me want to watch this film.

During the end of the ’60s, a private eye takes on a case from his ex-girlfriend about her current billionaire boyfriend who has a problem with his wife and her boyfriend trying to throw him in the looney bin.

My Take: It looks like Paul Thomas Anderson doing a Quentin Tarantino movie from a Elmore Leonard novel, even though it’s from a Thomas Pynchon novel. It has enough weirdness in it that I want to see it.

Biopic about an eccentric British painter J.M.W. Turner from the 19th century.

My Take: I’m not sure the subject matter would keep me interested during an entire film.

An English professor who is also a high-stakes gambler is falling for one of his students while also borrowing money from a loan shark to try to pay back a gangster.

My Take: I like the cast, but it looks shallow.

Follows Dr. Martin Luther King, Jr. as he led a march to convince President Johnson to sign the Voting Rights Act of 1965.

My Take: Some of the scenes in the movie look eerily similar to images from Ferguson.

True story about a troubled kid who becomes a Olympian before going off to fight in WWII, gets stranded at sea for over 40 days before being captured and imprisoned in a POW camp.

My Take: This guy’s life was all about extremes!

A painter marries a man who becomes famous passing off her artwork as his own in the 1950s and 60s.

My Take: I had forgotten that Tim Burton could make movies that aren’t over the top fantasy.

A talented sniper became not just famous with his own troops, but also enemy troops knew him so well that they placed a price on his head.