FOX had quite a few shows that were on the bubble at the end of the season. Then in May, FOX canceled all of them in one fell swoop. Low-rated midseason shows were gone like The Chicago Code, The Good Guys,  Breaking In and Traffic Light. There is a slight bit of hope for Breaking In. After its cancellation was announced, it had the best ratings of its run and better ratings than a show that did get renewed, Raising Hope. Just recently, FOX did say they may decide to pick it back up for a midseason replacement, but they won’t decide that until later this fall. 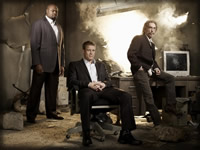 FOX also canceled Human Target that struggled through its first two seasons. The first season, the show was moved around the schedule so much, that it didn’t get much of an audience. It was revamped for its second season and kept to the same schedule, but it still didn’t get enough ratings to keep it around. Lie to Me was a bit more surprising. It was a good utility player for the network when other shows failed. It just stepped right in to fill a spot, but FOX seems too enamored with filling up the airwaves with American Idol and The X-Factor so it was cut due to lack of room on the schedule to make it work.

One good note is that Fringe got renewed. It seemed a goner when it was moved to Friday nights, but the audience followed it there. It doesn’t get blockbuster ratings, but it did well enough to make the network happy. I was sure it was going to be canceled so I’m pleased that it made it through the guillotine that so many other shows didn’t survive.

FOX loves to lay out plans for fall and midseason and then change all their plans when midseason rolls around, so take what they have planned for next year with a grain of salt.

The lineup continues with animation all night long. There are two new animation shows during the night. Allen Gregory seems to be slightly better than Napoleon Dynamite, but neither one seems to be a stand-out. 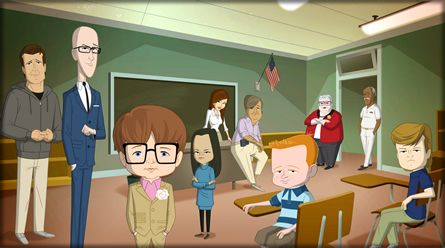 Cast: Jonah Hill, Nat Faxon, French Stewart, Joy Osmanski, Cristina Pucelli, Will Forte
Synopsis: A 7-year-old child prodigy that is already successful in many business ventures decides to go back to school with kids his own age.
My Take: I found nothing funny about it. 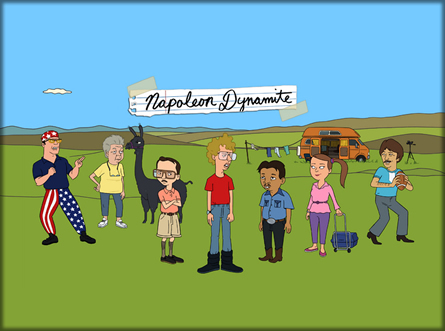 Cast: Jon Heder, Aaron Ruell, Efren Ramirez, Tina Majorino, Sandy Martin, Jon Gries, Diedrich Bader
Synopsis: It’s the movie now as an animated series with the original cast doing all the voices.
My Take: I love the movie, but nothing looks funny about the show.

House is the only show staying on Monday night going into the new season, but it will be without Cuddy. Lisa Edelstein decided to not renew her contract with the show. As the show has been on the air for quite a few seasons, it becomes more and more expensive to produce. The producers asked some cast members to cut their salaries and all agreed except for Edelstein. She just decided it was time to step away. The season was already shot when this was decided so the writers now need to figure out how to get rid of her when the show comes back next season.

Critics were a bit wary about Terra Nova since it was supposed to show up last fall season, but it was pushed back. Then it was supposed to show up with a preview episode in May like Glee did and come back in the fall. Then that idea was scrapped and it is just showing up in the fall. The reason for the delays is they wanted to make the special effects better. They aren’t movie quality, but they are good. Critics have liked what they have seen and have faith in Steven Spielberg who is an executive producer. Alcatraz has critics split. They think it has potential but wondering if it is a risk that will pay off or no one will care. 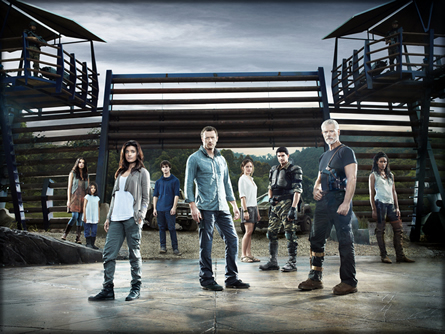 Cast: Jason O’Mara, Stephen Lang, Shelley Conn, Landon Liboiron, Naomi Scott, Alana Mansour, Christine Adams, Allison Miller
Synopsis: Humans have destroyed Earth enough with overpopulation and pollution so they decide to go back in time when it was all pristine to start again, except they have to deal with dinosaurs.
My Take: I think it looks very entertaining, but is it wrong that I hope for the dinosaurs to eat some people? Fun with dinosaurs! 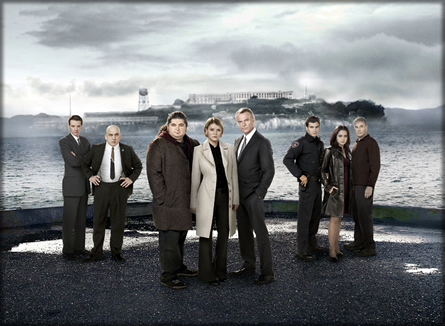 Cast: Sarah Jones, Jorge Garcia, sam Neill, Parminder Nagra, Robert Forster, Santiago Cabrera, Jonny Coyne, Jason Butler
Synopsis: Over 30 years ago, a bunch of prisoners and guards disappeared from Alcatraz and now they are reappearing as the same age as they were back then. An expert on the prison is sent to investigate.
My Take: Sounds like a good mystery show to me!

Glee is a mess. Darren Bliss (Blaine) and Harry Shum Dr. (Mike) were upgraded to full-time series regulars and Chord Overstreet (Sam) was downgraded to an occasional guest star. Creator Ryan Murphy said that a good portion of the show’s main characters would graduate at the end of the season. I think this makes sense since most of them will be seniors next year. Also, I wouldn’t mind it since most of them bore me at this point like the show. I wonder how much longer I’ll even keep watching it.

The best looking new comedy of the fall season has to be New Girl. Everyone finds Zooey Deschanel adorable. There is the problem of Damon Wayans Jr. as one of the roommates that made the pilot, but then the other show he is in, Happy Endings, was also picked up so he can’t be on two shows. He will stay in the pilot and then be written out of the show by moving out and will be replaced by another roommate.

The other show on Tuesday night is Raising Hope, which was loved by critics, but didn’t have the greatest ratings. It was a bit surprising for FOX to pick it up, after canceling so many other shows. Hopefully, it will find more of an audience this coming season since it is a sweet show. 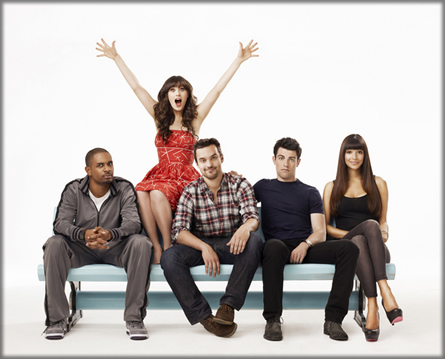 Cast: Zooey Deschanel, Max Greenfield, Jake Johnson, Hannah Simone, Damon Wayans Jr.
Synopsis: After a huge break-up a girl moves in with three guy roommates who aren’t too sure they want to live with a girl, but decide to try it out.
My Take: I think if it was anyone else in the girl role, the show would seem highly annoying but Zooey Deschanel can pull off the cute quirky dork very well.

The night is filled with The X-Factor in the fall and American Idol in the winter. I’m sure that Simon Cowell’s new show will be the ratings juggernaut as his last show and more reasons for me to ignore FOX when those shows are on. FOX has also oddly paired both shows with a random sitcom at the end of the night. This one has  to have the worst title of any new show this season — I Hate My Teenage Daughter. Also, critics were not won over by it. Maybe Breaking In will take its place later on in the season when this one fails!

I Hate My Teenage Daughter 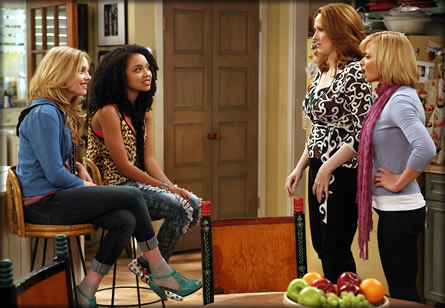 The beginning of the night will be filled with The X Factor and American Idol. In the fall, Bones will follow, but the season has been cut short due to Emily Deschanel’s real life pregnancy. That leaves the spin-off from Bones that was introduced last season in one episode to take over its spot in the winter. It won’t have Saffron Burrows who was in the Bones episode but dropped out of The Finder after it was picked up. Her role won’t be recast but two new cast additions of different characters will be joining the show. 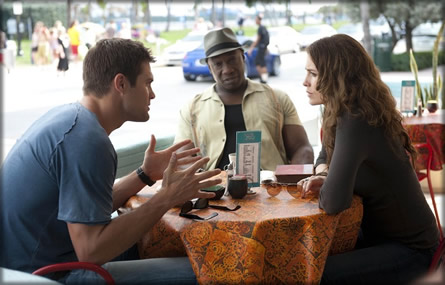 Cast: Geoff Stults, Michael Clarke Duncan, Mercedes Masohn, Maddie Hasson
Synopsis: A guy can has a knack that can find anything so that leads to him solving mysteries.
My Take: It’s in the same vein as Bones so I can have a good time watching it.

This night is supposed to stay the same throughout the year with Kitchen Nightmares followed by Fringe. It seems an odd combo but it worked last year so FOX is sticking with it.

FOX will be sticking to its Saturday formula of Cops followed by America’s Most Wanted except that the latter will be cut down to quarterly shows instead of weekly. It hasn’t made money for the network in years but they don’t want to get rid of it altogether. This is how they can show it and save money.

What shows look good to you? What shows are you glad are coming back? Are you mad about what got canceled?