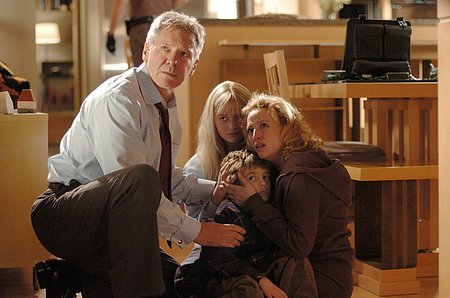 A man in charge of a bank’s security has his family kidnapped and the kidnappers want him to rob the bank if he wants to save his family.

Harrison Ford looks stern while shouting at bad guys, being unconvincing as a security guy who knows things about technology and then becomes all badass to save his family. When he doesn’t have his stern face on, he looks bored. I know I was bored. None of it was believable. The only good thing was one of the bad guys was the cute cop in the New Amsterdam show, but beyond the eye candy, no good came of watching this movie.