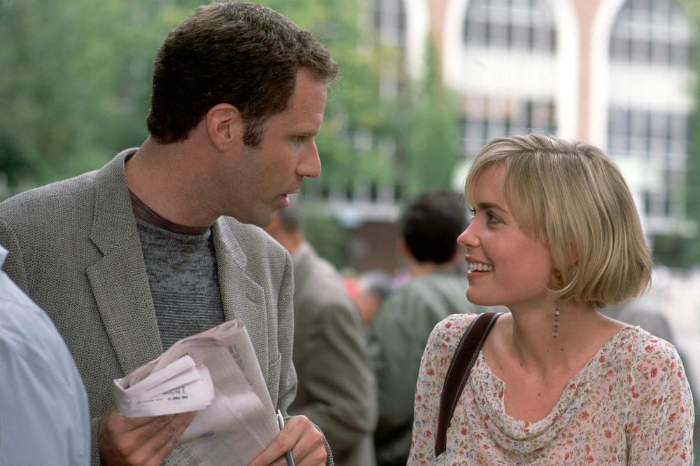 Melinda walks into a dinner party unexpectedly in two different versions of the same story–one a comedy and one a tragedy.

Damn Match Point. I loved that movie and recently watched it again on cable. It did not seem like a Woody Allen movie at all, so I thought I might try another of his movies. Then I ran across this movie where it was the same person in two different situations. I like choose-your-own-adventure-type themes like Sliding Doors, so I thought this movie might be similar. It was not. 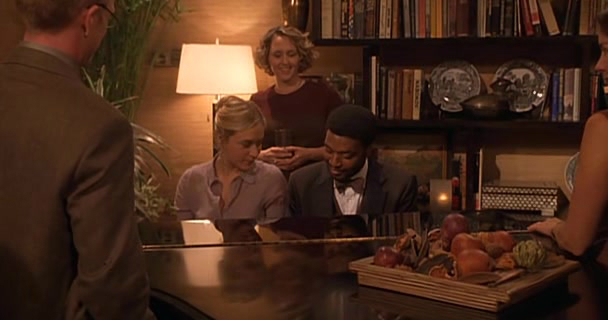 It starts out with a group of people at dinner having a philosophical discussion about seeing everything as a comedy or a tragedy. Right there I should have turned off the movie. I really hate when people get into pseudo-philosophical discussions. It reminds me of freshman year in college. Everyone is so full of hot air and they aren’t really saying anything. They are just talking to hear themselves talk. Boring!

Anyway, one guy at the table says that he is going to tell a basic story, and the other two guys can decide if it is a comedy or a tragedy. A lady interrupting a dinner party is the set up and then they go from there. Besides the main character being the same actress and named Melinda, nothing else is the same in the two stories. There are different supporting actors in each one and different backgrounds to the Melinda character. The two stories go back and forth.

The “tragedy” story isn’t really a tragedy. I think of old Greek tragedies when I hear the world. She had some bad luck and made some bad decisions. Everyone has that nowadays so what makes her so special? She is friends with Chloe Sevigny and Johnny Lee Miller. They all seem to be in their thirties, living in Manhattan and love various classical music. The conversations all the people had sounded nothing like anyone that I hang out with and I’m in that age range. I didn’t relate to these people at all.

I got half way through the movie before I had to pause it. I went back to watch the rest of it later, but found that I didn’t care. I wasn’t enjoying it so I decided to just hit the delete button on the TiVo.