Hello Mr. Anderson, my machines friends and I have come to invade your little world. Good times!

I didn’t see this movie in the theater since I was quite disappointed with the second one. I waited until it came out on Netflix. I’m glad I did. 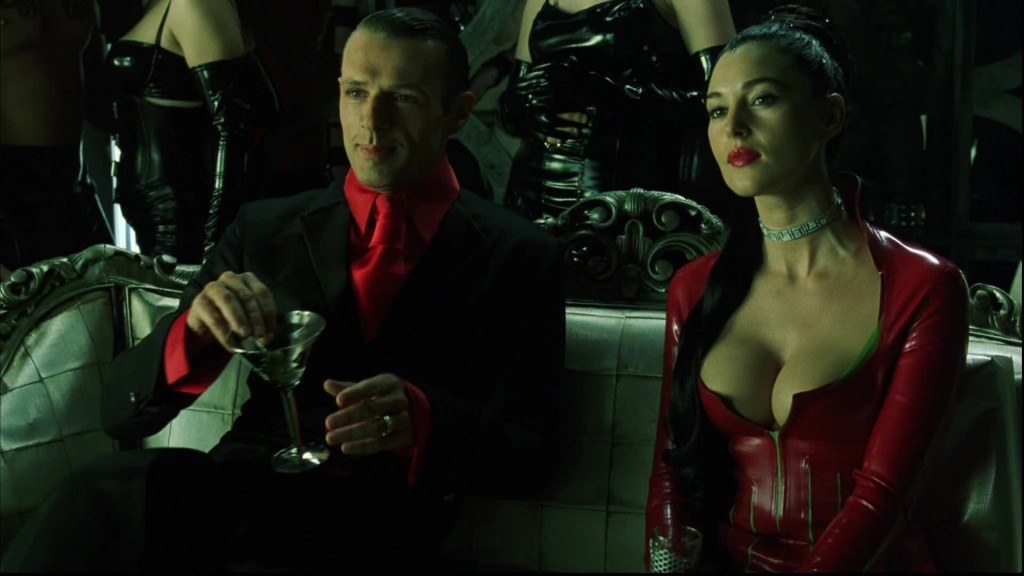 It was almost nice to wrap up the storyline, but actually I really didn’t care anymore. I didn’t care about machines taking over or about any of the characters. The same characters that I liked in the first movie just bugged me in this one. They were all so very serious. It would have been nice if someone had some fun.

This one didn’t really have any cool fight scenes either. There were no twins. It was very sad. There was another “many Agent Smiths attacking Neo” fight, but that already happened in the second movie. Why did we need to see it again? How he defeats him doesn’t make any sense in the same way how he finally defeats him in the second one doesn’t make any sense. It is like if we watch a fight long enough, we’ll just forget how Neo is going to get out of it, or Neo wins and we are just glad when it is finally over.

I remember thinking the fight scenes were so awesome in the first movie, but nothing was outstanding in this film. While other filmmakers are moving on and making entertaining fight scenes, the Wachowski Brothers are just repeating what they did in the first one. I don’t think I ever need to see this movie again. I don’t mind watching various parts of the second one, but there weren’t any parts of this movie that left an impression on me. Overall, it was very boring.