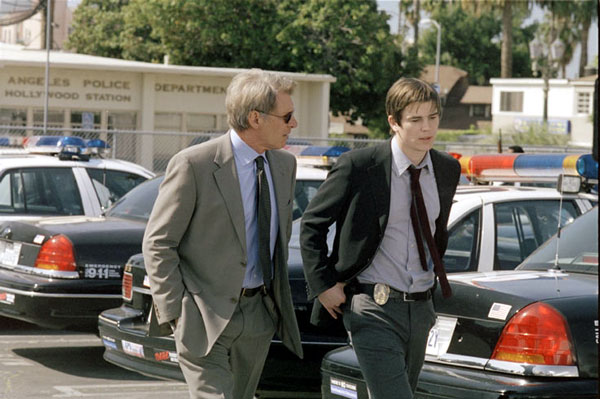 Harrison Ford is the old cop having to train Josh Hartnett, the new cop, in a ploy to get every woman in America into theaters at once.

Hollywood Homicide was another movie on my family’s Worst Movies to Watch on Thanksgiving. For those that don’t know, my family has a Thanksgiving tradition of trying to find the perfect bad movie. It started out whatever year Bad Girls came out on video. Ok, that was 1994. We actually used to just watch movies on Thanksgiving. Anything to get my dad not to watch football. Then that year came and we decided that was the worst movie we had ever seen. The next year, my dad said “Do you think we can find a worse movie than Bad Girls?” so we try to top it each year. 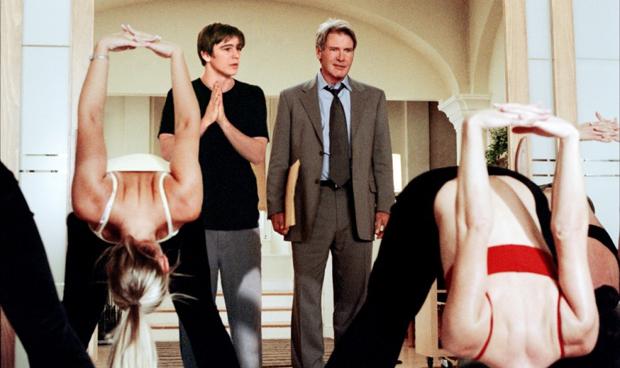 This was your typical buddy cop movie except they didn’t really interact with each other all that much. They spent more time on their cell phones. This movie does not improve my opinion of Josh Hartnett. I think he’s a horrible actor and is not attractive at all. He was also laughable as a yoga instructor that looks like he is about to fall over teaching it. What a dork.

I thought it was funny that his love scene was about five seconds and Harrison Ford had two love scenes. Half of the movie was the big chase scene at the end. If that was cut out of the movie it would have been barely an hour. The case they were working on only seemed an afterthought to whatever else they had going on. It was all quite silly.

It wasn’t horrible but a total fluff movie. I would say catch it on cable if you come across it but don’t go out of your way to see it. At least Harrison Ford had good hair in this movie instead of that stupid buzz cut he has had lately.