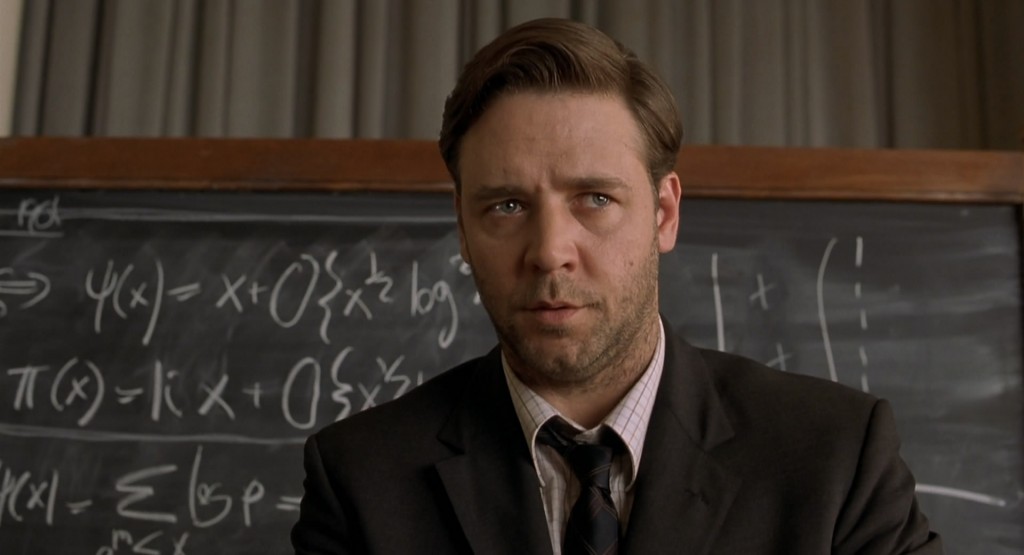 A brilliant mathematician deals with schizophrenia, falling in love and doing secret work in cryptography.

I didn’t want to watch this movie for the longest time. I thought it would be too sappy and it wasn’t really true to the guy’s life. I think the bad part of it was the scenes they showed at the Oscars were the sappiest scenes. Also the whole thing about the real guy the movie is based on having an affair with other men at one point in his life was left out of the movie. 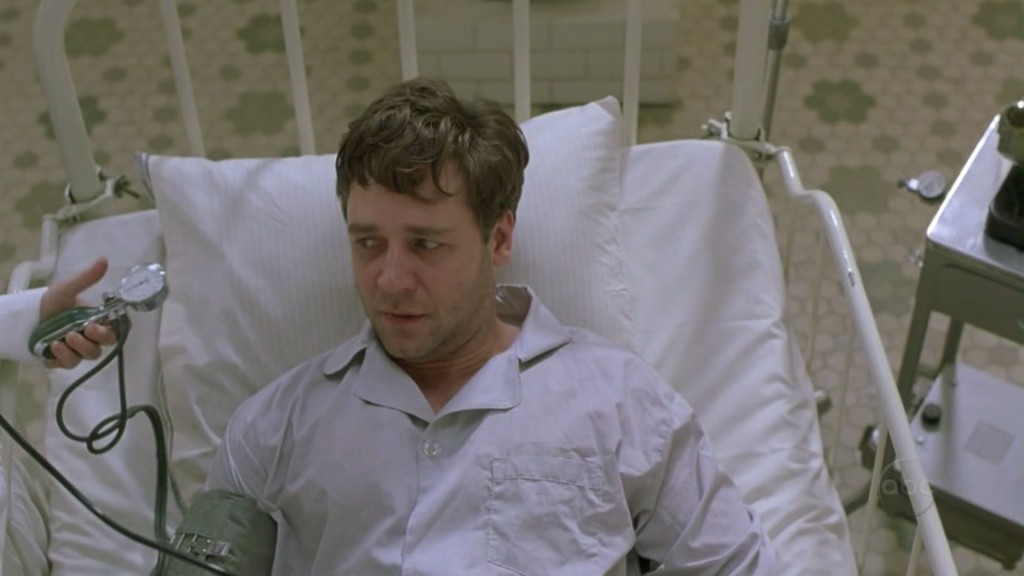 All of that aside, I actually enjoyed this movie. First, the sappy was only in that one scene. Ignore that scene and it is a very entertaining movie. While watching it, I could not find a place for the whole gay/bisexual storyline to really fit in because it had nothing to do with the movie. It wasn’t a biography on the guy. It was a movie that was telling a story. The story was this guy finding his place in the world, dealing with schizophrenic and falling in love. Those are pretty big themes to be dealing with and another one might have made the movie topple.

So, I’m glad I watched it. Russell Crowe did a good job and he still reminds me of Kaile. They make the same faces sometimes.